In 1985, two years after her family’s move to Cold Spring from New York City, a woman whom Leonora Burton knew through her twin sons’ baseball team asked if she’d like to buy her business, a kitchenware store on Main Street.

Despite not having a whit of experience in retail, Burton decided to give it a go. Thirty years later, The Country Goose is still going strong at 115 Main (the store was located across the street for its first two years). The chock-a-block shop, with its mix of gifts for kitchen and bath, candles, coffee and British goods — including the strategically-placed chocolates by the register nook where Burton holds court — continues to draw tourists and devoted locals who rummage through the shelves before having a chat with the proprietress. 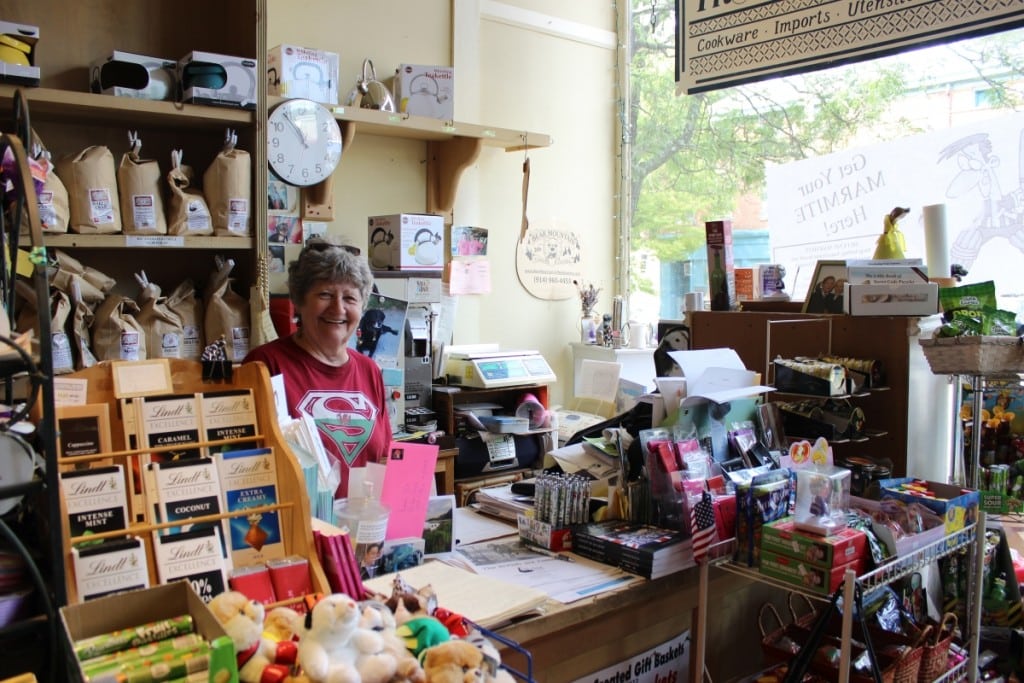 Leonora Burton behind the counter at The Country Goose (Photo by A. Rooney)

Burton’s accent and exuberant displays of Welshness betray her roots. Burton grew up in Newport, Monmouthshire, and made her way to London where she worked in the film and television industry, including at Warner Bros. as its director of subsidiary rights. A two-year job posting as publisher of a Warner-owned magazine, Coronet, lured her to New York for an adventure. There she met Tony Burton, an Englishman working as a journalist for the New York Daily News.

Her two-year American adventure turned into marriage and twin boys Robert and David. While taking time off to raise them, Burton started writing the first of what are now 11 romance novels set during the British Regency of the early 19th century.

“I started reading them, as I always loved that period, and I thought I could do better,” Burton recalled. “I wrote them while the boys were sleeping.” Her first book, Lady Tara, published in 1978 under the pen name she still uses, Leonora Blythe, prompted five letters of complaint to the publisher about a passage in which she reported that a character’s “manhood” had “stirred.”

“Can you imagine?” Burton says, laughing. Her most recent book, Intriguing Lady, was published in 2014, and she is working on two more. In 2013 she also wrote a memoir, Lament of an Expat: How I Discovered America and Tried to Mend It. (Locals will recognize the title of Burton’s first romance as the name of The Country Goose’s longtime and beloved canine greeter, who died last year.)

In 1983, when her boys were 5, Tony’s mother needed to come to the U.S. to live with the family, and they were pressed for space in the city. She and Tony developed a set of criteria for a new home: a village with a school that had at least two kindergarten classes (so the boys could have some independence from each other) and an easy commute. This brought them to Cold Spring, where they lived on Rock Street, and later to Garrison.

Burton initially ran The Country Good with a friend, Ruth Eisenhower, who worked the register on weekends. Specializing in high-end kitchenware, the store was a draw for those unable to find items such as Calphalon and Bodum products, which hadn’t yet established a foothold in department stores. “It was a good business, and then Wal-Mart opened, and overnight the business died,” Burton said.

It was saved by an ad Burton saw for a gift-basket seminar. “Ruth and I went off to Boston to learn, and we came back and formed Highland Baskets — Country Goose wasn’t quite proper enough. Today many of her baskets are delivered by a “delightful service” known as RHWD, or Retired Husbands Who Deliver, a.k.a. Tony Burton. 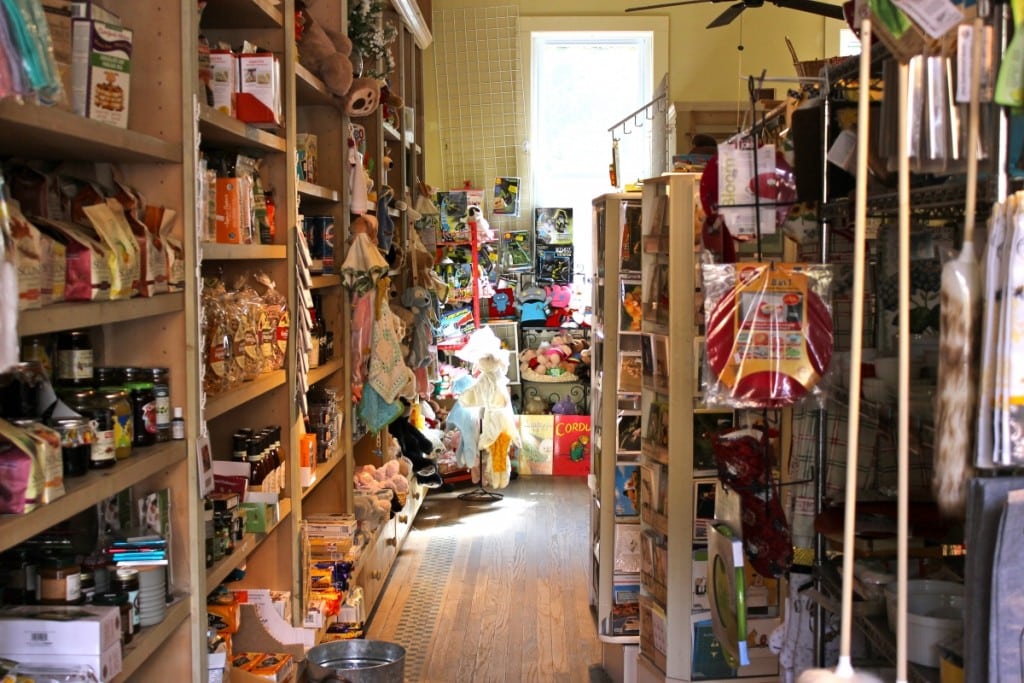 The eclectic stock of The County Goose (photo by A. Rooney)

The Country Goose has lasted through the vicissitudes of time and the comings and goings of other businesses on Main. “When we came in, we were carpetbaggers and we were met with resistance,” Burton said. Things changed when an auction hall opened and antique dealers followed, filling the storefronts. That became the identity of Main Street for many years, she said, although the “retail spirit” is returning. It’s essential for businesses to appeal not only to tourists but locals, she said, especially as business is so dependent on the weather in the winter.

These days cruise ships provide The Country Goose with a steady revenue stream on the weekends they dock at Cold Spring. Burton is always trying to rustle up other opportunities, such as upmarket tour groups visiting the great estates of the Hudson and Metro-North package day tours. Her ear stays to the ground, and her natural inclination to chat keeps her in the know. So far she has persevered in the face of situations where shoppers whip out cell phones to see if $20 items are a few dollars cheaper online — and ask for a discount.

The Country Goose is open daily from 11 a.m. to 6 p.m. For more information call 845-265-2122 or visit facebook.com/TheCountryGooseColdSpring.

4 thoughts on “Her Goose Is Still Cooking”