City of Beacon contributes $12,515 toward improvements

The Wee Play Community Project has added three shade structures and play equipment at the Wee Play Tot Park in Memorial Park in Beacon. The shade structures cost $19,800, more than $7,200 of which was donated via the Ree Play Sale, Wee Play’s primary fundraising event. 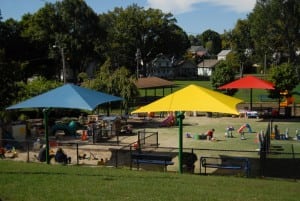 The remaining $12,515 was funded by the City of Beacon Recreation Fund. Additional amenities totaling $2,700 include new benches and a permanently installed ride-on toy, and were paid for by Wee Play Community Project.