Republican Montgomery “Monty” Delaney, a trial attorney, faces off against Democrat Gretchen Walsh, an advisor to current Supreme Court judges, in the Nov. 3 voting. Both enjoy multi-party backing: Putnam and Dutchess County list Walsh as the Independence Party candidate as well as the Democratic choice and Delaney’s name fills the Conservative and Reform slots along with the Republican line. The 9th Judicial District they hope to serve covers Putnam, Rockland, Westchester, Dutchess, and Orange counties.

For Delaney, it’s the third judicial race in three years. In 2013, he unsuccessfully sought a Westchester County judgeship. Last year, in running for Supreme Court judge, he lost to James Hubert, who had been appointed to fill a Supreme Court vacancy and by defeating Delaney won the office in his own right.

With 27 years of legal experience, Walsh is employed as an advisor to current Supreme Court judges, providing expertise, writing draft judicial opinions, and negotiating settlements. She has experience as well as an advisor to the chief administrative judge of the state and serves as legal advisor to the White Plains Youth Court. A former member of the Pleasantville Planning Commission, she is the present secretary of two Village of Pleasantville non-profits involved in affordable senior housing; she likewise was the housing group’s president and vice president previously.

This year, she won a Westchester County Bar Foundation award for outstanding service. While attending Fordham University Law School, she was a law journal editor and after graduation a litigation attorney for Kelley Drye & Warren LLP, a private firm.

Delaney brings a multi-faceted resume to the race, including experience in the military and music. He served in the U.S. Marines; joined the New York City Police Department, was assigned to the South Bronx, investigated drug incidents in the 1980s, and went to St. John’s University Law School at night while continuing in law enforcement as a plainclothes officer.

Later, he became a teacher and athletic coach at Salesian High School and served as a community association president. He has practiced law for 17 years, specializing in civil cases from offices in White Plains. Extracurricular pursuits include poetry and he is known in the Hudson Valley for performing as a singer-songwriter. 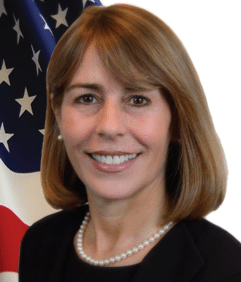 Walsh told The Paper in an email that “I am running for Supreme Court justice because I have dedicated the past 12 years and am seeking to dedicate the remainder of my professional career to pursuing the administration of justice, because I know I have made a difference, and that I will continue to make a difference, in helping people have their cases resolved fairly, efficiently and economically.”

She said that her background in private practice, in the courts, and as a hearing officer “makes me uniquely qualified for the position of Supreme Court justice. I understand the different perspectives in a litigation and what it takes to balance the needs of the parties, attorneys and the court so that cases are resolved fairly and efficiently as justice delayed is oftentimes justice denied. In addition, I know the importance of judicial temperament, the issuance of timely and well-reasoned decisions, and [keeping] an open line of communication between the court and the litigants and I intend to employ all of these attributes” if elected.

In a letter to “voters, neighbors and friends” on his website, Delaney cited his “unique resume and skill set” along with a “keen understanding not only of the law but the human condition.” He said he entered the race late in 2014 with little funding but only narrowly lost. According to state Board of Election records, he got 216,786 votes, while the winner claimed 235,573.

“After a lifetime of public service, I owe it to those 200,000 voters to try this again,” Delaney declared. “Life has taught me that anything worth doing can sometimes be difficult. So, dear folks, whatever your party affiliation, you should recognize that a judge is not, and should not be, someone who makes decisions based upon any political consideration but rather, in the construct of a ‘what is right versus what is wrong’ analysis. A judge is bound by the law, legal precedent and the facts of each case. A judge should always endeavor to do the right thing and not the popular thing. If given the opportunity in 2015, I vow to be such a judge.”

In New York, a “supreme court,” unlike courts bearing that name in other states, is not the highest judicial bench but one on a lower rung, although it outranks village and township justice courts. It presides over such matters as foreclosure and equity disputes, divorces and similar questions, injunctions, and civil cases involving larger sums of money than a lower court handles. At times, as in Putnam County, the Supreme Court operates out of a combined facility with the county court, which deals with felonies and other serious criminal offenses.