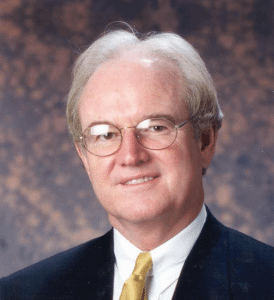 If elected, what is the single biggest issue that you will address in your home ward?

The biggest ward issue in this election is constituent advocacy. Due to my extensive experience as a professional negotiator, a labor union advocate, a professor of political science, a department chairman, a political party committee chair, a community mediator, an employee/employer arbitrator, and my years as a city councilman, I have the skills to be an effective spokesperson for Ward 2 residents.

When senior citizens and other public transit users asked me to get involved with securing a bus stop shelter in front of Forrestal Heights public housing, I was able, after surprising opposition, to get a bus stop shelter there as well as throughout the city. Similarly, when asked by a constituent why no restroom facility existed for the basketball league players and their fans at South Avenue Park, I lobbied on their behalf and secured them a portable restroom for the basketball league season.

When the niece of a former Ward 2 resident called to get guidance on how she could help a veteran who might become homeless if he did not get immediate attention, I called a friend in Veteran Affairs who found shelter and provided the necessary assistance. The ability to act as an effective spokesperson comes from years of professional training and many years of municipal government experience.

What is the single biggest issue that the City Council must address?

The single most important issue for city government is continuing our progress. Our positive future cannot be taken for granted. A critical issue in maintaining our past success is living within our collective means. The balance we have struck between the old and the new can only be maintained if we avoid taxing people out of their homes. We should shun using gimmicks that attempt to camouflage hidden taxation.

The state government has placed a tax cap on municipalities to control runaway spending. Despite this cap there are ways around it. I led the fight against blindly approving an over-cap resolution as budget error insurance before we had our final budget review. I also effectively led the council opposition to the proposed garbage pick-up fee.

I voted against the new garage contracts because I believed we were over spending. I made it clear that I do not oppose a new garage but I am against spending too much money for one. The latest site potentially removes six acres from the tax rolls and returns the first site to New York State, which does not pay taxes.

This $3 million price tag, or 30 percent [of the] cost of the entire project, cannot be justified by the $1 purchase price the city paid for swampland. The $10 million price tag could mean a 6 percent increase in our taxes. The same sum has been associated with building an (unnecessary at this time) new firehouse. A 12 percent tax increase in 2017 could be crippling for many homeowners.

What initiative are you most proud of from your previous term?

The initiative I am most proud of in my last term is ending the practice of blindly approving the over-cap resolution as budget error insurance. The city administration and council must be more disciplined in budget-making and the tax levy.

What skills or experience qualifies you to serve as a council member?

My experience, skills in conflict resolution and time served on council qualify me for re-election. One needs to listen attentively, think critically and act diplomatically to be an effective councilman. My record working with three mayors (Republicans as well as Democrat) demonstrates that I can work constructively and achieve what I believe is best for Beacon.