Bowman and Fadde object; call for Molloy to be interim

At the Oct. 27 meeting of the Cold Spring Village Board, Mayor Dave Merandy appointed former Trustee Matt Francisco as chair of the Planning Board. The move came after Donald MacDonald submitted his resignation.

The appointment was challenged by Trustee Michael Bowman, who put forward a motion, seconded by Trustee Cathryn Fadde, to appoint former Planning Board Chair Barney Molloy as interim chair, leaving the final selection to the members of the Planning Board. Merandy said that he had consulted with Village Attorney John Furst, who confirmed the mayor has the authority to make the appointment. 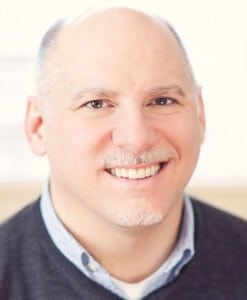 “This should not be political,” Bowman said in a testy exchange with Merandy, who responded, “It isn’t.” Bowman replied, “Yes, it is.”

Merandy handily defeated Molloy in the mayoral election on March 18. “Barney is a casualty of politics,” Bowman said. “You removed him [as chair of the Planning Board]. This is not in the best interests of the village at all.”

The mayor defended his decision, citing Francisco’s experience on the Village Board and his career in the construction industry. “He is totally aware of the [planning],” he said. “I don’t see anyone more capable.”

Bowman and Fadde defeated MacDonald and Francisco, then a trustee, in a hard-fought board election in March 2014.

In his resignation letter, MacDonald wrote, “the demands of my business have increased to the point I no longer have the time to chair [the] Planning Board or to be a participating member.” MacDonald’s architectural firm is based in Cold Spring.

The search for a location for a secure drop box for outdated prescriptions remains elusive. Gina Van Nosdall and David Cross, members of the Philipstown Communities that Care Coalition, asked the trustees to approve housing the box at the Cold Spring Police Department, which is located on the second floor of Village Hall. The proposal was to make the box available once a month on Saturday mornings, when it would be monitored by a police officer as required by law. 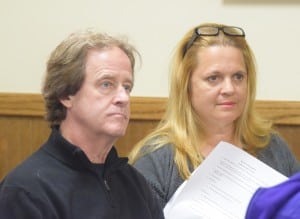 Merandy and Trustees Marie Early and Fran Murphy spoke against the location, citing the long, sub-code stairway to the second floor, which they said would be unsafe, especially for senior citizens. The lack of Main Street parking on weekends also was a concern.

Van Nosdall said she would explore placing the box at the American Legion Hall on Cedar Street or the Putnam County Sheriff’s Department substation on Main Street in Nelsonville while using a Cold Spring officer at either location.