The Howland Public Library has hired Amy Raff at its new director. She was appointed on Oct. 6 by the board of trustees after a three-month search to succeed Phyllis Keaton, who retired in June after 15 years in the position. Muriel Verdibello, former director of the Newburgh Public Library, had been serving as the interim director. 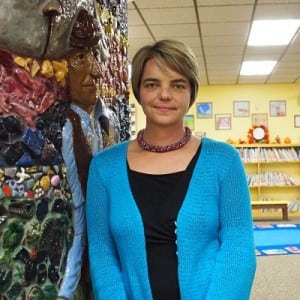 Raff said she was interested in becoming a librarian even as a teenager while growing up in New Paltz. “I’ve always viewed librarianship as a helping profession,” she said. She hopes to develop the Howland Library as a gathering place for the community but notes “the challenge for public libraries is to stay relevant to the community by offering new services and resources while maintaining what the library is traditionally known for.”