Joseph Giachinta, a lifelong resident of Cold Spring, died on Sunday, Nov 22, as the result of an accident that occurred at Mid Hudson Concrete Products, his business on Route 9 in Philipstown. According to preliminary findings by the Putnam County Sheriff’s Office, Giachinta was killed when he became pinned under a forklift that he was servicing after the hoist supporting the piece of heavy equipment failed. He was pronounced dead at the scene. 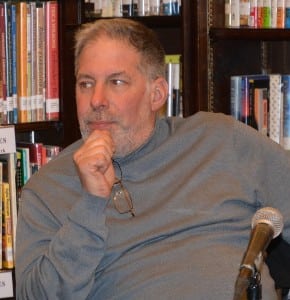 Giachinta, 58, was the son of the late Aurelio Giachinta and the late Barbara Townsend. Known to many as Joey, he grew up in Cold Spring, where he met his high school sweetheart and future wife, Suzanne Allen. His working life was dedicated to developing Mid-Hudson Concrete Products. His favorite times were spent with family at Sunday dinner or alongside them at the family pool. When not with family, Giachinta enjoyed dirt track racing and snowmobiling.  Recently, his fondest times were spent with his grandson Joseph.

“I’ve known Joey since I was eight years old,” said Philipstown Supervisor Richard Shea. “His death is shocking. Everyone is reeling.” Shea said family motivated Giachinta. “He was part of a big family, and family was what drove him to work so hard as a provider. Joey’s work ethic was unquestionable; he was unstoppable.” He also said Giachinta was a valued presence on the Philiptown Planning Board. “He brought a real working man’s perspective to that board. It was important to have him there.”

Ann Gallagher also knew Giachinta through the Planning Board although her connection to him and his family was far deeper. “I grew up with Joey.  He was my brother’s best friend.  I loved him, my entire family loved him,” she said. “Joey was a hard worker – he never stopped.  He was in love with his wife, his daughters and grandson, and we talked about them every time we met.  He was the most sincere person I have ever known. Underneath that sometimes tough talk, he was kind, gentle and generous, “Gallagher said.  “There is a hole in so many hearts right now and there will be for a long time, if not forever.”

Giachinta was a leader among members of an extended family whose roots go deep into the local community. He spoke on behalf of the Giachinta and Pidala familes when the Cold Spring Area Chamber of Commerce honored them in 2012 as pioneering families who laid the foundation of Philipstown’s economy.

A mass of Christian burial will be held at 10 a.m., Saturday, Nov. 28, at Our Lady of Loretto Church in Cold Spring. Interment will follow in the Cold Spring Cemetery. Visitation will be at the Clinton Funeral Home, 21 Parrott St. Cold Spring, on Friday, Nov. 27 from 2 to 4 p.m. and 7 to 9 p.m. Donations can be made in Giachinta’s name to “Toys for Tots,” in care of the Putnam County News and Recorder, 144 Main St., Cold Spring, NY 10516.

One thought on “Death Shocks Community”