Josephine Prentice Sawyer, age 66, passed away on Sunday, November 8, 2015, surrounded by her family, after a year-long battle with brain cancer. 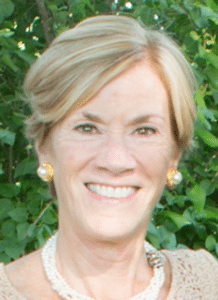 Jodie was born on March 12, 1949, in Garrison, New York, the daughter of Ezra P. and Anne O. Prentice. Jodie attended the Garrison School, graduated from Garrison Forest School and the University of Pennsylvania, and moved to North Carolina in 1986. She had a long and accomplished career in Human Resources, which included founding and running her own executive search consulting firm and working for and with a number of notable banks including Chase, NationsBank, and First Charter (now Fifth Third).

While Jodie was well known locally for her professional acumen, she is better remembered by those who loved her for her wonderful wit, sharp sense of humor and amazing generosity of spirit as a daughter, sister, wife, mother, grandmother and friend. She had the amazing ability to befriend and put anyone at ease while still challenging those around her to become better versions of themselves.

She is survived by her husband, Dennis, her brothers Nathaniel (Anita) and Michael Prentice, her daughters Kate (Kevin) Sullivan and Anne (Richard) Gardner, step-daughters Hannah and Caroline Sawyer, as well as her grandson, Benjamin Gardner. Her second grandchild, Grace Josephine Osborn Gardner, is due to be born any day.

A memorial service was held in Waxhaw, and a further memorial service is being planned for the spring at St. Philip’s Church in Garrison. Donations in her memory may be made to Safe Alliance, a domestic violence shelter whose mission she supported with her time and talents; Safe Alliance is at 601 E. 5th St., Suite 400, Charlotte, NC 28202 or safealliance.org. Condolences may be shared online at hankinswhittington.com.