The Haldane High School boys’ junior varsity and varsity teams kicked off their seasons during the first week of December. Heading south to Hartsdale on Thursday, Dec. 3, the varsity boys defeated Solomon Schechter, 60-47. In their home opener at Monday, Dec. 7, they beat Hawthorne Cedar Knolls, 69-49. Senior Will Zuvic had 17 points and 10 rebounds, and senior Nick Chiera added 14 points. 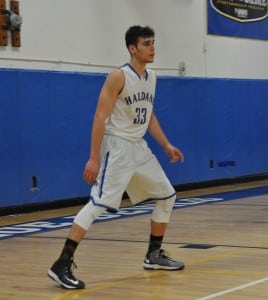 Will Zuvic on defense against Hawthorne Cedar Knolls on Dec. 7. He had 17 points and 10 rebounds. (Photo by Peter Farrell) 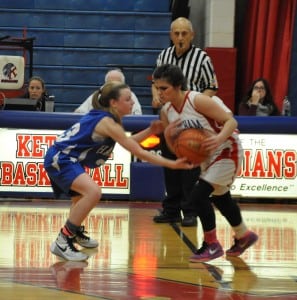 The Blue Devils’ next home game is at 6 p.m. Friday, Dec. 18 against Clark Academy of Greenburgh. The junior varsity game begins at 4 p.m. The girls’ basketball teams next play at home on Monday, Dec. 14, at 4:30 and 6 p.m. against Hendrick Hudson. 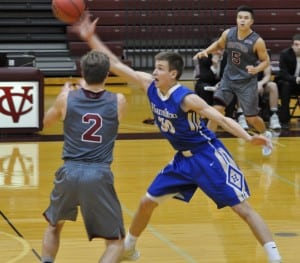