The James I. O’Neill High School in Highland Falls inducted 38 new members to its chapter of the National Honor Society on Nov. 24 and elected new officers. Ten of the students attended Garrison School, including three of the five officers.

Students who live in Garrison and attend public high school may choose to enroll at O’Neill or Haldane. 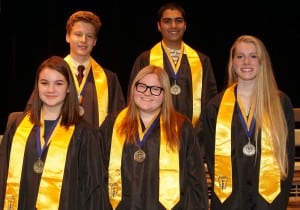