One of the first public discussions awaiting the Cold Spring Village Board in the New Year will be whether to move the village elections from March to November. The debate dates at least to Ralph Falloon’s tenure as mayor, when officials from the Putnam County Board of Elections (PCBOE) outlined the impact of having the county run the elections instead of the village.

When the village runs its own elections, with the village clerk acting as chief election officer, it costs taxpayers about $4,000, plus the cost of staff time devoted to planning and supervising the election. If the PCBOE were to run Cold Spring elections in November, as it does for almost all other municipalities in the county, the county would absorb the entire cost. The village board under Falloon opted to have the March 2014 village election run by PCBOE; the cost to the village was $6,579.65 but staff at Village Hall had little or no involvement.

The “pro” side of November elections includes cost savings to a village that annually contends with a very tight budget, especially under the constraints of the New York State-imposed spending cap. Also considered a plus is the likelihood of a larger turnout of village voters since a trip to the polls in November would coincide with national elections. The “cons” identified with abandoning March elections center around a perceived loss of Cold Spring’s autonomy and a stronger, and what many consider negative, association with national politics. Concern has also been expressed that village issues would become lost in a sea of media coverage of national issues, candidates and parties.

The village board is planning a mid-January workshop on the topic that no doubt will draw considerable public comment. By law, a change in election date must be decided by public referendum; as it stands, in February a resolution will be considered and almost certainly passed authorizing inclusion of the question of a move to November as part of the March 2016 ballot.

When the board voted in December to put the question to the public, Mayor Dave Merandy and Trustees Marie Early and Fran Murphy voted in favor. Trustees Cathryn Fadde and Michael Bowman voted against, with Bowman commenting, “If it isn’t broken, don’t fix it.” One area of agreement was that if elections are moved to November, the change would take place far enough in the future that no current members of the board would benefit from a longer term in office.

The Paper contacted a number of village residents, some of whom have held public office. It was not a scientific sampling, but residents seem as divided on the election date issue as the board.

“I’m absolutely against changing the election from March to November,” said former Cold Spring Mayor Anthony Phillips. “Moving it would take away from our village, its quality of life. Part of that quality of life is having our own election.” Phillips said he also disagreed when the board had Putnam County run the election in March 2015. “They talk about cost savings, but the cost savings don’t amount to much,” he said. 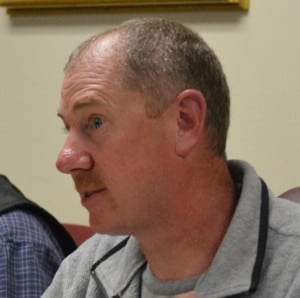 Ralph Falloon sees it very differently. “I started the investigation into moving the responsibility and date of the elections to the county for the purpose of saving money, including saving time energy and stress on the village clerk” he said. “I foolishly assumed that those reasons would be more important than bringing national political tactics to our little village.”

Falloon said that the past two elections, although held in March, have been marked by “childish fights and tactics.” For that reason, he said, “don’t blame the date of the elections for childish behavior. Move the elections and save the money. If it doesn’t work out, move it back.”

A call for less acrimony

Former Haldane School Board Trustee Peter Henderson said he didn’t feel strongly about a move to November but was of the same mind with Falloon when it came to the mood of village politics.

“I don’t have strong feelings either way, although I’m inclined to think keeping the election in March is best for getting people engaged to discuss local issues,” he said. “I wouldn’t change the date for the cost savings alone. What I’d rather see change is the acrimony that seems to dominate village politics. I have a feeling we probably all agree on about 90 percent [of the issues] and could easily work out the rest if people could just get along a bit better.”

Gillian Thorpe, now a resident of Garrison, is a former Haldane School Board president who said she can understand both sides of the argument, to a point. “As with every issue, there are pros and cons,” she said. “The residents have to consider what is more important to them at this time.” However, she added, “although I wish our local elections ignored national political parties, I think it’s clear to everyone, they don’t.  To try to preserve something that doesn’t truly exist seems foolish to me. So save the taxpayers some money, and be honest about your political affiliations, and maybe there will be less arguing.” 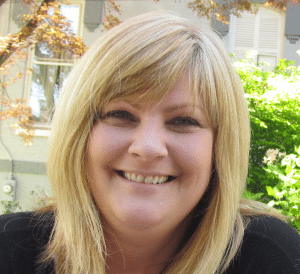 Joe Curto, another former Haldane School Board president, often agreed with Thorpe as a colleague on the school board, but they differ on this issue. “If the village’s goal is to remain an independent government entity it would seem to make sense to leave [the election] as is, “ he offered. “Shifting to November will create further alignment with political parties and politicize an already overly political environment.”

He also echoed Bowman’s philosophy of not trying to fix something that isn’t broken and downplayed the significance of potential cost savings. “There is an inherent cost to being an independent entity, one of which is an open and free election [in which] people are focused on local issues.” 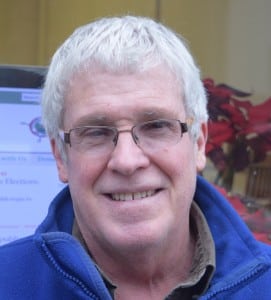 Tim Brennan is a local contractor who has not held public office. He is just as emphatic as Phillips in his view of the election date issue, although his view is from the other side of the fence. “I think [moving elections to November] is a good idea,” he said. “The biggest thing is that it will bring more people out to vote. And cost savings is an important issue.” Brennan doesn’t see national versus local politics as an issue. “November elections won’t affect people’s thought processes,” he said. “People will still pay attention to local issues; they can deal with local and national issues on the same day.”

Mayor Dave Merandy wouldn’t tip his hand regarding where he stands on the issue but did say it’s time to settle the question. “It’s been talked about for quite a while,” he said. “It’s time to put it to a referendum and let the people decide. I’m not sure which way it will go.”

One thought on “When Should Cold Spring Vote?”