Organizers will spend 2016 getting feedback

A benefit concert will be held on Sunday, Jan. 10, at the Towne Crier Café in Beacon to raise funds and awareness for a proposed American Center for Folk Music that would celebrate the genre and its pioneers.

Organizers announced their plans this past September, staging a street concert as part of the annual Spirit of Beacon parade. The timing for the announcement was intentional, said David Bernz, a Center board member, as folk legend Pete Seeger had long championed his hometown of Beacon and utilized gatherings like Sunday sing-a-longs to bring residents together. 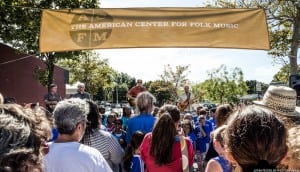 In time, organizers hope the Center will occupy a physical space in Beacon, although much of 2016 will be spent on a “local listening tour,” gathering input about how to best serve the local and folk community, said David Ross, the Center’s board president. Once a location has been secured, programming could evolve to include teach-ins, symposiums, archives and exhibits, and school- and community-geared programs. 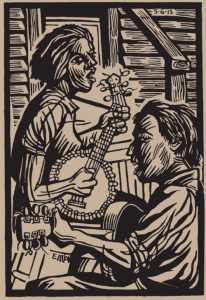 The hope is that the Center will work with and complement the other institutions and agencies already celebrating the folk tradition throughout the region, Ross said. “We thought it could really be useful for this community and region to have an organization that honors folk singers by providing support for folk music as an integral part of the education of our children,” he said.

The Center operates as a nonprofit under the auspices of BeaconArts but intends to branch out as a separate organization. “We’re feeling very confident, but we’re also aware of the road ahead,” Ross said. “It’s a long road and we’ve just begun to travel it.”

The Sunday show at the Towne Crier begins at 7:30 p.m. and will feature local and regional musicians including Guthrie’s Ghost (Hope Machine’s Steve Kirkman & Fred Gillian, plus David Bernz, Jacob Bernz and Amy Fradon), Beacon’s Solar Sound Band, Susan Bozso and other guests. All seats are $15. Visit townecrier.com or call 845-855-1300 to purchase tickets. The Towne Crier is located at 379 Main St.