Diana Hird, a political neophyte, but one with apparent zeal for both local and national issues, has launched a liberal challenge to U.S. Rep. Sean Patrick Maloney, a fellow Democrat, to represent the 18th Congressional District.

The congressional primary takes place on June 28. But first Hird must file a petition with the New York State Board of Elections with at least 1,250 valid signatures of registered Democrats who live in the 18th district. Campaigns may start collecting signatures on Mar. 8 and must file between April 11 and 14. The board certifies primary candidacies on May 5. 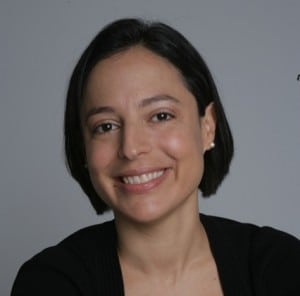 Hird, a lawyer, announced her intention to run through a Facebook page and a campaign website at dianahird.com. She exhorted people to sign up for her petition-signature gathering effort.

“Professionally, my work spans a broad spectrum of experience, from federal government service to finance and business,” she wrote. “More recently, I have volunteered as a community advocate in the City of Newburgh.” Hird has also participated in local theater projects for children and adults. In 2012 Hird was actively involved in a group that successfully opposed a soil mine project in Philipstown on Route 9.

Hird lives in the North Highlands area of Philipstown, which can also be described as Cold Spring, given the postal address. Maloney claims Cold Spring as home, as well, so the race could draw significant local interest. The 18th Congressional District includes Philipstown, Cold Spring, Nelsonville, Beacon, Newburgh, Poughkeepsie, Middletown and other parts of Putnam, Orange and Westchester counties.

“I am putting myself on the line starting now and running against Sean Patrick Maloney in the Democratic Primary for District 18,” Hird wrote. “I’ve spent too much time researching Congressman Maloney’s record and publicly expressing my shock at everything I find. If I’m going to complain, then I need to step up and offer an alternative. I am doing this at great sacrifice to myself and my family. I am doing it nonetheless because politicians like Maloney are, quite frankly, very dangerous to the integrity of our political system. I will explain more as I go forward.”

From her summaries of Maloney’s voting record and descriptions of her opposing positions on issues such as employment, social welfare and the environment, it is evident Hird’s line of attack is from the left. Maloney’s votes in favor the Keystone oil pipeline from Canada (President Obama ultimately vetoed the project) or most recently the House bill (which the Senate did not take up) to tighten restrictions on refugees entering the country are among actions that have rankled liberals within his constituency.

Hird also intends to make an issue of Maloney’s fundraising from Wall Street financial and legal firms, which she asserts influences his positions on issues. On her campaign site she says Maloney receives 76 percent of his campaign funding from sources outside the district — a statistic drawn from a report by the Center for Responsive Politics (opensecrets.org), which parses political contributions — although a large portion of those out-of-district funds appear to have come from donors in the New York City area. (Twenty-one percent of contributions to Maloney’s campaign, according to the center, have come from out of state.)

While Hird states that her fundraising has “a chance to stand proudly as an example to the rest of the country,” she doesn’t yet say what, if any, limitations she will place on giving to her campaign.

3 thoughts on “Maloney Faces Challenge From Within Party”