Prior to the November election, nearly all of the candidates for Beacon’s City Council spoke, in one way or another, about sustaining the city’s ongoing growth yet not sacrificing the charm and livability that in recent years has made Beacon desirable to so many.

Now, as 2016 begins, Mayor Randy Casale, who was re-elected in November, and the City Council — unchanged from 2015 except for new electee Omar Harper, who was sworn in Monday night — are likely to find managing that growth among the chief issues they will contend with this year.

As many as 100 new residential apartments and condominiums are expected to be ready for occupancy in 2016, with hundreds more approved for subsequent years and more in the planning stages beyond that.

The city is also exploring the possibility of rezoning a portion of the “linkage” area that sits between Main Street and the Metro North train station to allow for additional development. And as new residents make Beacon their home, adequate parking on Main Street will increasingly become a challenge, particularly on weekends and during snowstorms.

“There’s cautious optimism,” regarding growth, said George Mansfield, one of the council’s two at-large members. “But you have to be really careful about what impacts development brings.”

Ward 1 representative Margaret E. “Peggy” Ross cited the need for more affordable housing for the city’s residents, noting that the anticipated costs of the city’s new units — many of them rentals — could swell beyond what’s considered “affordable.”

“It’s problematic,” Ross said. “We’re the victims of Brooklyn, in a sense. As people continue to leave New York City, they come here and rents will rise.” 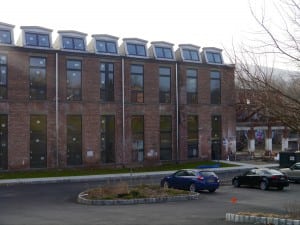 Casale said he intends in 2016 to appoint a committee to study the city’s comprehensive plan, which provides guidelines for new development but has not been updated for close to 10 years.

In addition to the comprehensive plan, Mansfield suggested that the city could look into state or federal grants or other incentives to encourage the development of more affordable housing. But every tax break that helps keep housing costs down comes with a converse effect, he said, whether it’s increased taxes for residents or the additional burden new housing places on city roads, emergency care and other services.

“It’s a fine line,” Mansfield said, “and no city knows how to do it without costing somebody something.”

Casale plans to appoint another committee to investigate parking as part of a “complete streets” review of roadwork and new development, and a third group, he said, will revisit Beacon’s government charter, which determines the structure and makeup of the city’s government.

The discussion regarding a central Beacon firehouse will also continue in 2016. There has been debate in recent years regarding the city’s three existing fire stations, and whether any are suitable for expansion. As they move forward, Beacon’s elected officials must determine whether (and if so, where?) to build a new, central fire station, while also addressing maintenance needs at the three existing but aging stations. 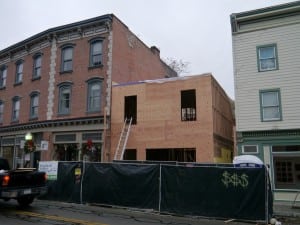 But perhaps the city’s greatest long-term challenge as it grows — and it’s not exclusive to Beacon — will be attracting higher-paying employment opportunities.

“I think we have that potential here, but we have to attract it,” Ross said, referring to light industrial and craft manufacturing jobs that would likely pay more than standard retail employment.

Casale agreed, saying that Beacon is ripe for creative, artisan-type employment, although he admitted that much of New York state has struggled to develop job opportunities lucrative enough to draw a professional workforce out of New York City and into the Hudson Valley and other regions, creating a “reverse commute” effect.

Indeed, studies have shown that stagnant wages are not keeping up with the rising cost of housing in the Hudson Valley, yet people continue to venture beyond New York City, as evidenced by the growth in Beacon.

Said Casale: “When you’ve got a community with the river, the open space and all of the natural resources we have, people are going to want to move here.”