Since 1998, global temperature records have been set and broken, and this year is already predicted to be hotter than last. The warming trend, combined with the strongest El Niño season ever recorded, has brought changes to the natural world in our area as plants and animals respond: lilacs blooming in the yard at Christmas; a bullfrog and water snake in Fahnestock after Christmas; a wasp in the air even as snow flurried.

Since the New Year, more seasonally appropriate temperatures prevailed. But what does it mean for all those plants? 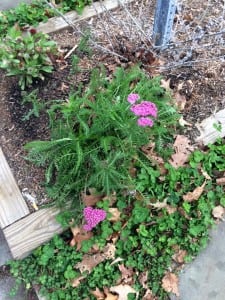 Jennifer Stengle, the resource educator with Cornell Cooperative Extension in Putnam County, has been answering a lot of these questions. She’s observed that ornamental and non-native species that are adapted to this climate but haven’t evolved in it are more likely showing aberrant responses than native plants.

“I haven’t seen maples or swamp vegetation like alders breaking buds,” she said. “Spicebush isn’t growing. There must be some evolutionary advantage to hang in there and not break bud. I haven’t seen any data about why that’s the case, but that’s the next step to research.”

There are different types of dormancy for plants and animals. Some go into stages of dormancy in the fall. Plants lose leaves in early dormancy but don’t shut down and stop growing until it gets really cold. The temperatures trigger the process.

Insects like ticks can go dormant but emerge during a warm spell and go dormant again when the temperature drops. Deep dormancy is a factor in the timing for pruning some trees, shrubs and plants, Stengle said. If pruned too early in the winter, they could be triggered to grow again and weaken or die when winter truly hits.

However, “plants have resilience built into their plan,” she said. “Further in the bud are the next couple of leaves and that redundancy that’s built into plants is what gets them through disaster.” A daffodil can still bloom in the spring because the leaves poking up now are the first tips. Below the ground, there are another set of leaves and another below that. The bulb doesn’t freeze, just the foliage. That’s why it’s important to plant bulbs at the correct depth, she said.

Similarly, woody plants like the lilac have other buds hidden, what Stengle calls the plant’s “back-up plan.” That’s the reason that even if deer browse a shrub in winter and eat all the buds, it will still bloom in the spring. Lilacs are an example of a plant that is hardy in our region but didn’t originate here.

At Fishkill Farms, where there are nearly 300 acres of orchards with apples and peaches, there is concern that the unseasonal temperatures could damage trees and affect the harvest. “The good news is that there’s nothing obviously wrong and the trees haven’t broken dormancy but the soil is quite warm and it makes the likelihood of an early blossom rather high,” said General Manager Mark Doyle, adding that the staff probably wouldn’t know if the trees have suffered until February or March. 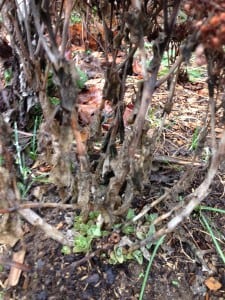 If they do bloom early, it increases the risk of fluctuating temperatures damaging the blossoms. A strong fruit season at Fishkill Farms also put stress on the trees, Doyle said.

The Christmas Bird Count, an annual event organized by the Audubon Society that has been held around the world for 116 years and in Putnam County for 62 years, also produced some notable results due to the unusually warm conditions.

The count is a citizen science project in which volunteers take a one-day inventory of every bird they can see. This year’s count, on Jan. 2, set new highs for sightings of Canadian Geese, which had stayed in the area for the abundance of food and open water but started migrating the day of the count.

Overall, local volunteers saw record numbers of species and significant increases in Eastern bluebirds, cardinals, slate-colored juncos and red-shoulder hawks. However, “it was the first year we didn’t have any winter finches,” said Charlie Roberto, the count organizer for Putnam County. “They probably had good food sources up north and haven’t migrated down.”