Finding that fine balance between providing constructive critique while allowing a young artist to maintain composure and the self-confidence to absorb that critique is at the crux of a master class, particularly one conducted in front of an audience of strangers.

This form is familiar to Gerald Martin Moore, the pianist, conductor and vocal coach, who will be returning to the Depot Theatre at 4 p.m. on Sunday, Feb. 7, as part of their three-part Classical Music Series to work with three local singers who aspire to professional careers.

As each singer performs, Moore, who has worked closely with Renée Fleming for many years, will coach them as they go, stopping them with suggestions and questions, all designed to get them not only to improve technique, but, as importantly, to inhabit the world of the song and convey its emotion and meaning more effectively.

Especially when working with young adult singers — the three, Laura Bach, Tess Dul and Tyler Mell range in age from 19 to 24, care must be taken, something Moore is always conscious of.

“There must be enough criticism to make the class practical, but not so much that it inhibits the performer,” he explains. “It is not good to draw attention to too many shortcomings in public, so I try to make these criticisms apply to all singers while at the same time trying to personalize things for the individual, and take into account their temperament — trying to gauge what level of criticism they are comfortable with, and how much they might be capable of changing on the spot.”

“At the same time,” he added, “we are all vulnerable when performing, so they have to be able to cope with a certain amount of criticism, but if I feel strongly about something that I might not want the audience to share, I may reserve that part for the singer in private afterwards.”

Laura Bach, along with Mell, is a master class neophyte, but says she’s been interested in doing one for a long time. “It’s sometimes hard to separate yourself from the critique; it can feel very personal,” she says. “But I also know that I’m going in to get that. If I come in and do flawlessly, I’m not going to learn much … I’m nervous in a good way.”

Dul has participated in a number of master classes and says he’s hoping to “focus on the acting and conveying the story I know in my head to an audience. I tend to get wrapped up in technique and focus too much on the sound rather than the words; the words are just as important, if not more important than the music.”

The on-the-spot critique doesn’t faze Dul, who notes: “I accept that I am still a student. My voice will not be fully developed until I am in my 30s, so I am happy to take any critique to improve technique, performance, diction, etc. I am used to singing in master classes in front of other students, so there is definitely an added sense of pressure when a paying audience is involved.”

Mell, who plans on singing O Del Mio Dolce Ardor and Per La Gloria, calls himself “beyond excited to participate.” The recent Haldane High School graduate anticipates that he will be “a tad nervous” but he nonetheless he hopes it will be “an enjoyable and educational experience.”

Moore has led master classes for numerous opera companies, including the Washington National Opera, the Royal Danish Opera and the National Opera Studio in London. He has been vocal coach and assistant to Sir Charles Mackerras at the Edinburgh Festival and has performed around the world as a recital accompanist, including for Fleming in performance for President Obama in New York and for Justice Ruth Bader Ginsburg at the U.S. Supreme Court in Washington.

Moore says his desire is that students “take away from my class that they themselves are totally responsible for their voice and their artistry. They should be open to hearing all sorts of other ideas, but at the end of the day they must take responsibility for their own instrument, and if anything I have given them can challenge them a little to open their ideas and explore all avenues, then that’s all one can hope to achieve in such a short space of time. Also, that one never stops working and improving, no matter what level of career you achieve.”

Those “other ideas” are what Bach is seeking, too. “I always look forward to an opportunity to see things in a new way,” she says. “A fresh perspective is invaluable. In short, I hope to grow.” 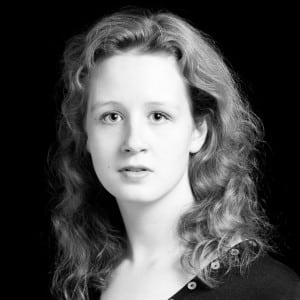 As for the audience, there is always something compelling about watching a skilled teacher draw new things from students then and there. Moore believes “audiences are always fascinated by the process that goes into something creative. How much is natural ability, and how much is consciously applied? Many of them think singers just stand up and sing, like amateurs, who of course do it when they feel good, but the process of how to make your voice work consistently under pressure, or on a bad day I think can be quite interesting for a lay person.

“I try not to get too technical for too long when it’s a general audience as opposed to an audience of singers, but I do feel it’s important for the audience to understand just how much physical and mental work goes into the preparation of singing.”

Mell expects that the “audience will be keen to hear the slight changes in tone and technique that make the listening experience that much more enjoyable.” For Dul, it goes beyond tones. “The audience will learn that singing classical repertoire is so much more than making beautiful tones; it involves studying different languages and diction, tongue placement, vocal anatomy, creative interpretation of recitative, putting your personal stamp on cadenzas, proper breathing, the list goes on and on,” she says. “Everyone involved will certainly learn a lot of valuable lessons and leave with a heightened appreciation for the art form of classical music.”

Adds Bach: “We expand upon our understanding of music, and our enjoyment of it, when we hear what the musician is playing to emphasize and perhaps learn why. Audience members might learn about the meaning behind hardly understood words, or the point of a certain phasing or dynamics used.”

She described her own experience watching a master class given by Paul Tortelier, who worked on Bach’s Prelude for Cello No. 1 with a group. “His playing of it is very unique for such a well-known piece and he invited the students to find new movement in it rather than just playing it straight,” she recalls. “Now when I listen to it, I hear new undulations in the strings that is not unlike an ocean moving up and down, and it brings me a new joy like I’m hearing the piece again for the first time.”

The Classical Musical Series at the Depot will continue at 7:30 p.m. on Friday, Feb. 26, with a performance by pianist Jiayan Sun playing selections from Froberger, Schubert, Busoni, and Liszt. That will be followed at 7:30 p.m. on Saturday, Feb. 27, by an encore of another of last year’s concerts, A Night of Opera with operatic arias and ensembles inspired by Goethe’s Faust from Gounod, Boito, Stravinsky and Schubert sung by soprano Maeve Höglund, tenor Terrence Chin-Loy and bass Matthew Anchel and accompanied by Neal Goren.

Tickets for all three events, which cost $30 each or $75 for premium seating, are available at brownpapertickets.com.