Author of Orange is the New Black 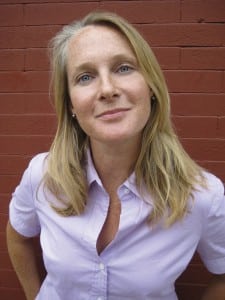 Piper Kerman, whose memoir Orange is the New Black: My Year in Women’s Prison inspired the popular Netflix series, will speak at Vassar College at 8 p.m. on Tuesday, Feb. 9. A Q&A session and book signing will follow. The free event will take place on the second floor of the Students’ Building.

Kerman spent 13 months in a federal prison in Danbury, Conn., on money laundering charges following a brief dalliance into the world of drug trafficking a decade earlier. The book explores the lives of the women she met while in prison, including their friendships, families, mental illnesses, substance abuse issues and codes of behavior.

She will speak as part of the annual Alex Krieger ’95 Memorial Lecture. Krieger was killed in an automobile accident during his freshman year at Vassar. In consultation with his family, Vassar has invited a number of American writers and humorists to deliver the annual speech, including Tom Wolfe, John Irving, P. J. O’Rourke, Calvin Trillin, Jules Fieffer, Oliver Sacks, David Sedaris, Sarah Vowell, Gail Collins and, most recently, George Saunders.

The university is located at 124 Randolph in Poughkeepsie.