Film about funky pianist will be shown Feb. 7

New Orleans is a piano kind of city, and no one has ever played the piano there, or perhaps anywhere, like James Carroll Booker III. Booker was the funkiest branch on the family tree of New Orleans’ piano masters, stretching back from Jelly Roll Morton, Tuts Washington and Professor Longhair to Ellis Marsalis, Allen Toussaint, Dr. John and beyond. 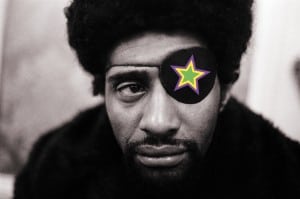 Lily Keber, the director of the 2013 documentary, Bayou Maharajah: The Tragic Genius of James Booker, which screens at Dogwood in Beacon at 8 p.m. on Sunday, Feb. 7, first encountered the musician while tending bar at Vaughan’s Lounge in the Bywater neighborhood. Asking around about him, she heard some rather strange stories.

“I began to notice that the more bizarre a James Booker story was, the more likely it was to be true,” she recalls.

Here are just a few:

Booker died of renal failure — the result of a lifetime of drug and alcohol abuse — in November 1983, waiting unattended in a wheelchair in the emergency room of Charity Hospital; a tragic end to an epic, almost mythic life. 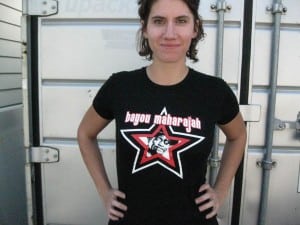 “Booker personifies New Orleans in a lot of ways — funky, he does things his own way, even to his own detriment,” says Keber. “If New Orleans would get its act together, sure we’d have industry, maybe even a vibrant economy, but who’d want to live here? Booker is the same way. You could just look at him and listen to him and know that there is no one else on earth who has ever, or will ever, be like him. That he existed at all is a comfort to me.” 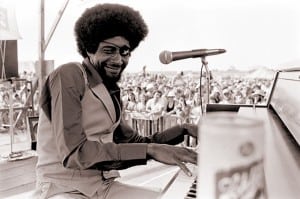 The documentary, which was named “Best Southern Film” by Oxford American and “Best Louisiana Feature” at the New Orleans’ Film Festival, will be released commercially and for streaming in April. Dogwood is located at 47 E. Main St. For more information about the film, visit bayoumaharajah.com.