An official with the Putnam County Visitors Bureau issued a statement that dismisses a report in the Journal News that raised questions about a non-profit created and controlled by Libby Pataki that paid her a $50,000 salary beyond the $70,000 she earned from the Visitors Bureau as the county’s tourism director. Neither non-profit appears to have a functioning board, which would violate state and federal law.

David McKay Wilson, who wrote the original story on the non-profit, Putnam Tourism Corp., reported on Friday, Feb. 5, that a source told him state Attorney General Eric T. Schneiderman plans an investigation of the two tourism groups. The attorney general’s office is responsible for the regulation of non-profit agencies. 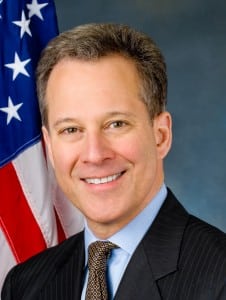 The statement was sent from the county government email address of Frank Smith, who works part-time at the Visitors Bureau. Other than Smith’s name and email on the reply line, it was not signed and did not identify who wrote it or whose views it represented. It did not mention Pataki or County Executive MaryEllen Odell by name. (In the past, the county executive generally has kept a tight rein on county communications.)

Smith has served as an official of the Visitor’s Bureau, according to Wilson’s article, but his current relationship to the organization is not clear. He did not respond to an email sent by Philipstown.info in reply to the statement.

The statement raises more questions than it answers. The following are excerpts and an attempt to clarify.

Wilson’s report, which is posted at lohud.com, does elaborate on the difference between the two organizations. The central point of his story is that a second organization operated without the apparent knowledge of Odell, the county legislature and apparently some of its board members.

Pursuant to a resolution…, the Legislature dictated that the Visitors Bureau privately fundraise one third of the budget.

The county legislature did do this.

The legislature did not mandate that a second non-profit organization be created. As Wilson reported, the organizers of Putnam Tourism Corp. (Pataki and county legislator Barbara Scuccimarra) did not report to the legislature or the county executive that it had been created, or explain why a separate organization was needed to raise funds, although the Putnam Tourism Corp. is a 501(c)(3), which allowed donors to deduct their contributions. By contrast, the Visitors Bureau is a 501(c)(6), meaning it does not pay income tax but donations made to it are not tax-deductible.

Allegations that taxpayer dollars were used to bolster the Putnam Tourism Corp. are erroneous and factually incorrect. The Putnam Tourism Corp. played a pivotal role in being able to provide local organizations with funding in order to advertise, and promote events that would attract out of county visitors. This promotion would not have been possible by relying exclusively on taxpayer dollars, further illustrating the necessity of privately raised funds through the Corp.

There is no allegation in Wilson’s report that taxpayer funds were used by Putnam Tourism Corp. According to its 2014 filings, more than half of the $97,146 it reported in contributions from private donors was used to pay Pataki’s part-time salary as its executive director.

The article was correct in that the Visitors Bureau did not meet the requisite level of corporate governance, and for that we apologize. This is not to say that appropriate levels of oversight did not exist; every purchase made through the New York State Matching Funds program was approved, cataloged, and processed by Empire State Development in Albany. At the same token, we have always expressed an open door policy for residents to voice their concerns, or to provide us with promotional ideas.

The article did raise this governance issue for the Visitors Bureau. But it also raised the same question for the Tourism Corp., which is not addressed here. In particular the Journal News article questioned how Pataki could be paid $50,000 a year through an organization that only she appeared to control. She was paid $70,000 a year from the Visitors Bureau.

In short, the Putnam Tourism Corp. was created in order to serve the people of Putnam County, and to alleviate their tax burden. That purpose was met, and tourism spending within the County has increased without requiring additional taxpayer dollars.

There is no mention here of precisely how the Tourism Corp. alleviated the tax burden or how the money raised was authorized, spent or accounted for.