TransCare will continue to provide ambulance services in Putnam County despite the company filing for Chapter 7 bankruptcy earlier this week. Putnam and Dutchess counties are included in the company’s restructuring plan and were not part of the bankruptcy claim. 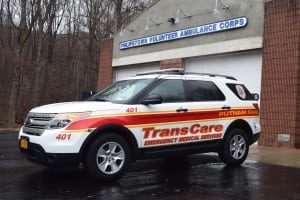 Sutton had addressed the County Legislature last July regarding TransCare’s financial difficulties. Montgomery said contingency plans were put into place at that time that would enable the county to contract with other ambulance services in the event TransCare discontinued service in Putnam.

On Wednesday, numerous media outlets reported that TransCare had filed for bankruptcy, ending its ambulance services in Westchester County and New York City, where it had provided about 10 percent of the ambulance coverage. TransCare, the largest privately owned ambulance service in the Mid-Atlantic region, has also provided ambulance service to parts of Long Island, Delaware, the Baltimore-Washington corridor and numerous locations in Pennsylvania, including Pittsburgh.