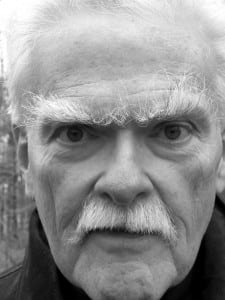 The Dutchess County Executive, Marcus Molinaro, has appointed Robert Kelly of Annandale as the county’s first Poet Laureate after Arts Mid-Hudson weighed 39 nominations from the public and made a recommendation.

“In honoring me, Dutchess County is honoring the hundreds of poets who live here,” said Kelly, “some connected to two of America’s greatest liberal arts colleges, Vassar and Bard, and many more independent or with other allegiances.”

Kelly, who read two poems on Jan. 27 at the State of Dutchess County address by Molinaro, will serve for one year in the honorary, unpaid position, bringing poetry to the county through readings and events. Kelly has published more than 50 books of poetry and prose, and his poems and stories have been translated into Spanish, Portuguese, French, Italian, German and Serbian. He is a professor of literature and co-director of the Program in Written Arts at Bard College, where he has taught since 1961.