Summer camp: two simple words that evoke crystal-clear memories for almost anyone who has ever attended one, even if it was decades ago.  Allan Sherman captured the bittersweet recollections of camp in his 1964 Grammy-winning novelty that began with the verse, “Hello Muddah, hello Fadduh, here I am at Camp Granada. It is very entertaining — and they say we’ll have some fun if it stops raining!”

The lyrics were inspired by Sherman’s son Robert’s letters home, which initially described his less-than-great camp experience, though it turned out to have a happy ending. (“Wait a minute, it stopped hailing, guys are swimming, guys are sailing, playing baseball, gee that’s better, Muddah, Fadduh please disregard this letter!”)

According to a survey of more than 5,000 families by the American Camp Association, children’s most frequent comments about the benefits of summer camp are that it helps them make new friends, including those different from them, allows them to feel good about themselves and helps them try things they had feared. 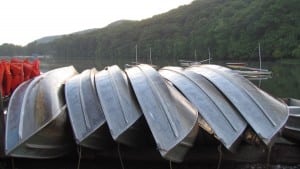 Despite having to cope with challenges such as homesickness, bug bites, the fear of trying new things and meeting new people — or more perhaps because they learn to overcome such hurdles — summer camp remains an important step in the journey from childhood to adulthood. Not to mention it can be just plain fun. That surely explains why, according to the association, there are more than 7,000 residential camps and 5,000 day camps in the U.S. alone.

The evening campfire undoubtedly remains a time-honored tradition at many camps, but the thematic horizons have expanded exponentially since Robert Sherman lamented to his dad, “You remember Jeffrey Hardy? They’re about to organize a searching party.” Campers can now choose from themes that range from mad science, secret agent and movie stunts to wizards and warriors, circus arts and robotics.

Locally, rock ’n roll, farming, ballet, Shakespeare, fitness and art are a sampling of the programs at more than 20 camps in and around Philipstown and Beacon.

Surprise Lake Camp, located high over Cold Spring, began as an experiment in 1902. It worked, and 114 years later, the camp, which markets itself to Jewish children, is the largest of its kind in the country.

To Jordan Dale, its executive director since 1986, what’s not at Surprise Lake is just as important as what is. “We create a world just for young people, a sanctuary that separates them from the world of adults,” he said of Surprise Lake, although the sentiment applies to summer camps in general. “We leave behind grown-up things like wars and depressions, financial pressures, and media messages that force kids to grow up too fast. Instead, we offer an oasis where kids can just be kids and where things are designed just for them.” 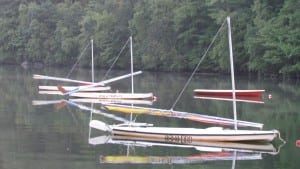 At Common Ground Farm north of Beacon, children are encouraged to explore their relationship to farming, food and nature. Campers get to know gardens, barns, fields, ponds and hiking trials. Agriculture melds with fitness, art, performance and nature.

Philipstown Recreation has offered a daycamp program for years, with baseball, swimming and summer snowball fights, cooking, life-size board games and trips to farms, bowling alleys, parks and New York City. Director Amber Stickle said one of the hallmarks of the Philipstown program for her is the number of children who return as high school or college students to work as counselors. “And I love it when kids sign up for only one week and by the end of that week are begging their parents to sign them up for more,” she says.

At Manitoga, on Route 9D south of Garrison, children discover nature in a magical setting. Campers explore nature trails as well as Russel Wright’s experimental house and studio. In a significant departure, the 2016 camp will consist of one two-week session, beginning in June. In the past, camp ran for five to six weeks beginning in early July.

The Beacon Music Factory’s camp is all about — you guessed it — music. Campers can choose from themes such as rock band, “on the musical nature trail,” a Bannerman’s Island band camp showcase, songwriting, string orchestra and chamber music. It may also be the only camp in the area that is not just for kids: Adults can attend their own week-long immersions in classic rock.