Officials serve notice after it sets up barn space

Three weeks after its opening, a progressive preschool in Beacon is turning to its new community for support as it seeks a reinterpretation of the zoning code that would allow the business to operate as planned.

Bija Beacon opened Feb. 22 at 869 Wolcott Ave., which doubles as the home of founder and director Lauren Maples. According to a petition Maples posted online, Beacon officials sent the school a cease-and-desist letter and threatened a fine of $1,000 for each day the school operates in a newly constructed barn in Maples’ backyard.

The school, which offers a yoga- and nature-based brand of education for children ages two to four, planned to use the barn as a space for a library, dramatic play, a “sensory area” and for science, social studies and meals. In addition, a large yard is equipped for outdoor play and contains gardens where the kids will be taught to grow some of the food they eat. 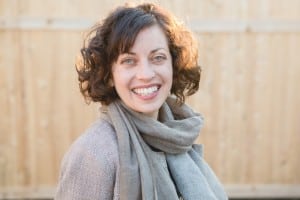 Maples declined to say whether Bija has used a temporary location since the conflict with the city arose. Her petition indicates that the school has moved inside her home on the property. It also states the barn was built “from the ground up,” specifically for the school.

Beacon Building Inspector Tim Dexter said that a license issued by Dutchess County allows for “daycare” operations for up to 10 children in an individual home, but that Beacon’s zoning regulations apply once the operation moves outside of the home.

“When you take it outside of the home, it becomes something totally different,” Dexter said. “It becomes a nursery school by the city of Beacon’s definitions.”

Maples’ lot is presently zoned for single-family residential use. The continued care or education of two or more children outside of the home qualifies the use as a nursery school, Dexter said.

Dexter said that he believes Maples will seek a “reinterpretation” of the code from the Zoning Board of Appeals, a body appointed by the mayor, possibly next month.

Maples’ petition indicates that Bija Beacon spent a year “filing permits and a daycare license application” before receiving word from the city that it could not operate in the barn. The petition asks signatories to pledge their support of “progressive education options” as well as the creation of “more positive activities and experience for Beacon’s youth.”

It also states that signees “do not believe that this use will cause any disruption to the neighborhood.”

By Wednesday evening, the petition had been signed by 105 supporters, and a dozen had posted comments in support of Bija. The petition has a goal of 300 supporters. 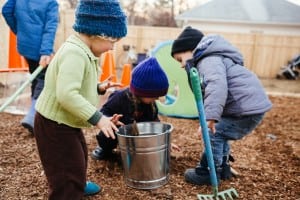 Dexter said that he has not seen the petition himself but agreed that “it could weigh in for the [zoning] board because they take into consideration the effect on the community.” For instance, he said, “does it protect the character, health, safety and welfare of the neighborhood?”

Maples launched Bija Beacon this year after operating a preschool (also called Bija) for 11 years in Brooklyn. The Brooklyn school continues to operate and serves around 200 families.

Bija Beacon’s plans have been to run its abbreviated first preschool session into June before hosting four weeks of summer camp in July and August, and then beginning its first full school year.

Beacon resident Ned Glaettli, whose son will start at Bija in September, believes the school fills a niche with its educational model, as well as the young children it accepts.

“Bija straddles the line between preschool and daycare,” Glaettli said, “and it’s a wonderful thing for Beacon. I support choice, and more options for kids is always better. That was one of the things I liked when we moved to Beacon.”