Standing inside a roomful of toys, artfully arranged, a woman utters, twice: “I moved to Beacon. I’m not acting. So this is my creative outlet.” So begins Actress, a 2014 documentary directed by Robert Greene.

The woman in the center of both the room and the film is Brandy Burre, actress by profession, mother of two small children by other profession, and star of the film, which documents 18 months of her own life. That those 18 months coincided with the gradual deterioration of Burre’s relationship with the children’s father is just one of the compelling aspects of this slice of life. 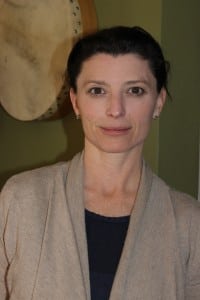 Brandy Burre (photo by A. Rooney)

The film is very Beacon-centric, from the scenes of a wintry Metro-North station and the river nearby, to the exteriors of Burre’s home in the tangle of streets near Mount Beacon. Burre is in some ways a stand-in for women whose professional lives center around creativity but find, in their 30s, they must grapple with a new focus: children. As Burre says in the film, “Being a mom, switching gears, means being bad at both.” Her presence in the film is a forthright one, and she’s well aware of others’ perceptions of selfishness directed at her own character, but also that she is emblematic of other women at the same juncture.

As the film is about to receive its local premiere, in an April 1 screening as part of Depot Docs at the Philipstown Depot Theatre in Garrison, Burre is girding for closer scrutiny from her Beacon neighbors. The documentary had a short New York City run two years ago, has streamed on Netflix and has traveled to film festivals and college symposiums around the world, with Burre frequently participating in panels and Q&As, but she has retained relative anonymity in her adopted hometown until now. She is bracing herself for the inevitable commentary which accompanies the showings, as she presents herself, unfiltered, on screen.

Burre was always a bit of an iconoclast. After growing up in Sandusky, Ohio, she tried the acting life in New York City, then landed in Washington, D.C., where, after an open audition, she landed the part of Theresa D’Agostino, a political campaign fixer on HBO’s The Wire, a role she played for two seasons. Discouraged by the constant grind of securing new roles, she found herself, in reasonably quick succession, moving back to Manhattan, and then, seeking “a mix of quality of life and artistic inspiration,” to Beacon with her then-partner, Tim Reinke (who, with colleagues, owns and operates Peekskill’s Birdsall House and Gleasons) and their infant son Henry in tow, joined soon thereafter by sister Stella.

They hung out with their friendly next-door neighbors; Burre, in particular, bonded with the distaff side of the pair, Deanna Davis. “We were almost co-parenting,” Burre recalls. “I would tell her stories about my past and she was like, ‘This is insane.’ I knew [Deanna’s husband] Robert just as an ‘editor’ and had no idea of what form of editing he was doing.” 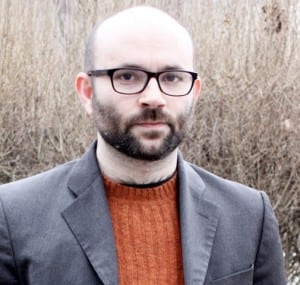 It turned out that Robert Greene was a film editor, and had directing credits, as well. Finding the dichotomy of Burre’s turn as a femme fatale on The Wire and her real life as the “housewife next door” tantalizing, Burre says it gave Greene “a perspective on how acting is actually a craft, and it gave him the kernel of an idea for a film depicting how someone who left the field behind would get back into it. Watching an actor going through the motions of acting. He kept trying to convince me to get back in front of the camera.”

Propelled in part by Reinke not being around much due to the demands of running two new businesses, and spurred on by his advice to “go find your thing — what do you have to lose?” Burre agreed to work with Greene. (Notably, in the film Reinke seems, understandably, to shun the camera.) Burre says she didn’t take it lightly. “We didn’t know what it would lead to, and that’s the risk,” she says. “We weren’t looking for what we found.”

What ensued was 18 months of scrutiny, on a casual basis, with Greene the solitary crew member, spending much time in Burre’s home, headset on, filming her as she went about her daily routines and her travels to the city for various pursuits, including meeting with an agent in hopes of regenerating her career.

The key question the viewer asks while watching the somewhat-heightened way Burre speaks, sometimes directly to the camera, is how much is she “acting” her own life? Burre’s take on it now is that “you can sort of see how I relax into the camera. In the beginning it’s like ‘I have a camera on me now, and I became hyperaware of my physical being,’ but it eventually got to the point where I was just kind of talking to my neighbor, forgetting the camera was on.” 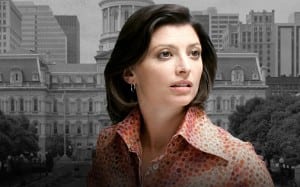 Greene didn’t know anything about her personal life when he began filming, and she says the first time she mentioned her relationship troubles with Reinke, which eventually led to a split that is shown in the film, he suggested shutting down the camera and keeping it out of the film. “That actually made me question what truth was; what was he looking for?” says Burre. “Because all documentary films are manipulated in some way. With this one it looked like I was crying for 14 months, because in the film I did. It was a great exercise for me as an actor because I constantly had to ask myself, ‘What is my real self?’ knowing that everyone is presenting a version of him or herself.”

Actress has received a lot more attention than Burre anticipated while making the film. At screenings around the world, it has raised consistent questions on what it’s like to be an artist, addressed concerns at the heart of feminism and, when shown in Sandusky, induced her mother’s worries that Burre drops the F-bomb in the film with her children present. (Burre says her mother liked the film, overall.)

Now it’s time to lay it all out in front of her neighbors, to those who know her as the mom down the street, or the woman who works at Echo Boutique on Main Street. But is she laying out her own life, an acted-out version of it, a hyperrealist take on it or some combination of the three? “It’s the layering of meta,” Burre says with a laugh, “and who knows what’s next?”

Tickets for the April 1 screening of Actress can be ordered at brownpapertickets.com.