Xu brothers to perform on April 9

Reilly and Bruce Xu, 13-year-old twins and students of Jimrae Lenser and Craig Williams, the organist and choirmaster at the Cadet Chapel at West Point, will perform an organ recital at St. Andrew’s Church in Beacon at 4 p.m. on Saturday, April 9. The program, on a two-manual Johannus electronic Opus 20 organ, will feature works by Bach, Nevin, Boëllman, Guilmant, Sousa and Widor. 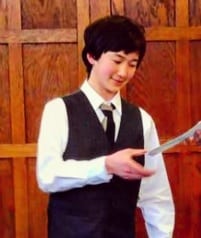 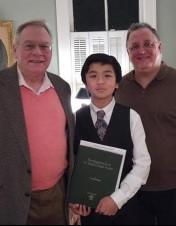 St. Andrew’s is located at 15 South Avenue. The event is co-sponsored by the Central Hudson Valley Chapter of the American Guild of Organists. A reception will follow the recital at the carriage house.

One thought on “Teen Organists to Play in Beacon”