Now that it’s the acknowledged centerpiece of the “in-between” area of Beacon’s Main Street, it’s easy to forget that the Towne Crier Café is still a recent transplant, relocating to what was the former Department of Motor Vehicles office less than three years ago.

The hub of Beacon’s ever-growing music scene, the Towne Crier continues to present its trademark mix of blues/folk/jazz/alt artists to an audience comprised of everyone from Brooklyn transplants in their 20s and 30s to their elders and their elders’ elders: those who have been coming to the club for well-nigh four decades, from its earliest days operating out of a former stagecoach stop in Beekman through its long tenure in Pawling.

The Towne Crier opened its doors three years after the Woodstock Festival. Phil Ciganer, who has run it since the beginning, was operating what he has described as a “little boutique/alternative lifestyle store in Brooklyn” and decided to host jam sessions. Wanting to move the establishment, and himself, Ciganer bought a camper and hit the road, spending a couple of years searching for a receptive spot, and eventually finding it in 1972 in Beekman after helping a friend transport a piece of sculpture there.

The Crier thrived in Beekman for 16 years before moving to a sprawling site in Pawling, where it stayed for 24 more. When Ciganer received notice that his lease would not renewed when it ended in 2012, Ciganer mulling over whether to close or to begin its next life elsewhere.

“I decided to announce [around New Year’s Eve of 2011] that I’d be closing in three months, with no future plans,” he recalled. “Then I found it was front-page news. It opened up the floodgates for suggestions, emotions — hundreds of emails — and invitations all over the Hudson Valley and Connecticut. I shopped [locations] but wasn’t feeling it.

“My only experience with Beacon was through my relationship with Pete Seeger. When I’d visit Pete I’d drive down Main Street and I was cautious. So when Beacon was suggested, I wasn’t sure it was right. I spent the next six or seven months following certain leads, and thought I might change course completely when in July 2012 I got a call from a friend who is a commercial realtor, who was acting as a scout, keeping an eye out for me. She said ‘Phil, I’m here in Beacon,’ and I said, ‘Beacon’s not for me.’  That was based on my recollections of 15, 20 years ago. She got indignant and told me to ‘come over right now.’ 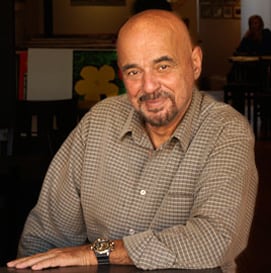 “I walked in [to the former DMV space], saw two warehouses which were totally empty and started envisioning the possibilities. I walked out, took a 10- to 15-minute walk up Main, and could feel the transitioning, and thought ‘It would be nice to get in now.’ But it was a bigger project than I had anticipated. I began spending a lot of time here, figuring out how to lay it out, sketching with pencil and paper. The TC template combination is food, environment, music. I thought I’d take it one step further and develop the restaurant as well.”

The doors opened in September after an extensive reconfiguring of the large space — incorporating modular walls which adapt to the size of the crowd, providing both intimacy when suitable but also accommodating sold-out events.

From the start, Ciganer has been surprised by the support he’s been shown by the Beacon community. The audiences are a mix of longstanding patrons who have followed the club from location to location and, according to Ciganer, “a lot of transplants in this town who may not always get what goes on here — they’re young and think that Pete Seeger is Bob Seger’s father! But at the same time, every night I hear ‘I’ve never been here before, and this is great.’ People stroll up and down Main and see us and come in, so we have them as well as the destination people.” 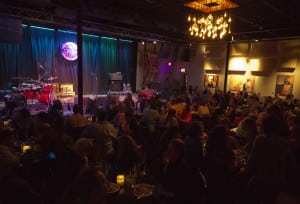 The musicians who play the Towne Crier include teenagers — one of whom, Sawyer Fredericks, “made his way onto The Voice and won it,” and another, Hailey Knox, “who signed a major deal six months ago and is getting a big industry push,” Ciganer says, adding that both began at Open Mic nights. They join past performers who became widely known such as Shaun Colvin, Suzanne Vega and Leon Redbone.

As for the demographic, Ciganer notes that “the act onstage dictates the attendance and the age group, but it’s not unusual to see two, three generations sitting at the same table, all having a good time.” When booking acts, Ciganer looks for the “name value and if they’re appropriate for the format for what we do here. For instance, my definition of folk is very broad and includes jazz and different forms of rock, bluegrass, zydeco and world music.” 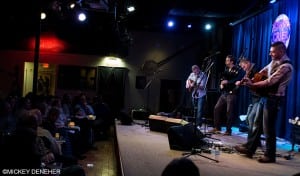 After a technical struggle over a full liquor license, the Towne Crier is now a full-service restaurant and bar. The restaurant side of things is important to Ciganer, who stresses that “to clarify our identity — we take the food just as seriously as the music here. We serve creative food, most locally sourced and have a renowned, in-house pastry chef, formerly of Le Cirque.”

Citing the Irish music sessions run every couple of weeks and the Sunday brunches as particularly popular times, Ciganer feels that TC has become a Beacon focal point, and he’s looking forward to the completion of two new hotel projects under construction as he sees tourism increasing. “My overall feeling is Beacon is moving in the right direction, but still has a couple of years before it arrives,” he says. 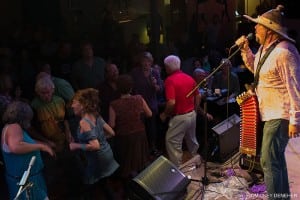 As for the key to survival: “We possess the oldest ongoing venue in the country with the same operator. The key is to adjust to the times,” Ciganer states, adding, “I’m here every night, and I don’t present any people whom I wouldn’t myself pay to go see.”

The Towne Crier is located at 379 Main St. The restaurant hours are Wednesday and Thursday from 4 p.m.; Friday from noon and Saturday and Sunday from 10 a.m. For more information and a schedule of upcoming concerts, call 845-855-1300 or visit townecrier.com.