Rather than host a dry scientific symposium relating to their mission of advancing research, education and public policy regarding rivers and estuaries, the Beacon Institute for Rivers and Estuaries (BIRE) is wetting the whistles in a novel sort of way with a series of informal Science Cafés at which scientists and guests can mingle and share ideas.

The Cafés, to be held at The Hop and Towne Crier, along Beacon’s Main Street, will involve researchers from BIRE and other environmental groups such as Riverkeeper and Billion Oyster Project, along with professors from Clarkson University. In 2011, BIRE formalized a strategic alliance with Clarkson University, becoming a subsidiary of Clarkson while retaining its separate 501(c)(3) designation. In fact, it was a successful Clarkson initiative, which doled out a bit of science along with a bit of brew near their Potsdam campus, which inspired the Beacon edition. 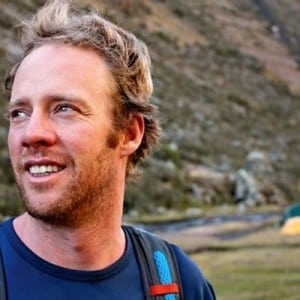 Murray Fisher, who will speak at the first Science Café event (photo provided)

Murray Fisher, the co-founder of Billion Oyster Project, will speak at the first event, at 7 p.m. on April 21, on the eve of Earth Day, at The Hop, 554 Main. Oysters were among the brightest ecosystem “engineers” on the planet and Billion Oyster Project works to put them back to work in New York Harbor. Food (including oysters) and drinks will be available for purchase.

The format for this and most of the other cafés will be a half hour of mixing and mingling at 7 p.m. followed by the talk at around 7:30 p.m., and then a casual Q&A and conversation. The Science Café topics will be:

May 19: “Where Engineers Order Their Water Straight Up.”

Witness how engineers are exploring ways to defy gravity on Mt. Beacon with concepts and principles to make every drop count; a case study led by Incline Railway Trustee Frank DiLorenzo.

June 16: “Science and the Backbone of the Body Politic.”

July 21: “The Role of Holes in Climate Change.” Clarkson University Professor of Chemistry Mario Wreidt presents a futuristic drama in which advanced porous materials, x-ray diffraction and alternative fuels play a critical role in saving the world’s marine ecosystems from the effects of ocean acidification and climate change.

November 17: “Fathom: Hudson River Data as Music.” The café, held at the Towne Crier in Beacon, will feature compositions by Ben Neill, who has been called “the mad scientist of dancefloor jazz,” and vocalist Mimi Goese for mutantrumpet and voice based on Hudson River real-time data from BIRE’s Observatory Network.

To register, or for more information, visit bire.org/events.