Public vote scheduled for May 17

The Beacon City Board of Education on April 4 approved a 2016-17 budget with nearly $67 million in spending that will now go before voters on May 17.

Spending of $66,750,000 is offset by $36.6 million in tax revenue and $26.8 million in state and federal aid. The district will receive an additional $80,000 in “community” aid from the state, but lawmakers have yet to say where those funds must be spent. Miscellaneous revenue sources account for just over $1 million.

Notably, the district is also drawing more than $2 million from its reserves — a fund balance that Quartironi said is made up of money not spent in previous years and additional revenues collected prior to the tax cap. 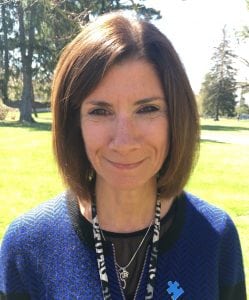 The tax cap, instituted statewide in 2012 by the Cuomo administration, requires school districts and local governments to raise property taxes each year by no more than 2 percent or the rate of inflation, whichever is less. Perhaps its most visible effect for homeowners are the property tax rebate checks that have arrived each fall in recent years.

If voters approve the proposed budget next month, those checks will continue.

This year, the cap was 0.97 of one percent, the lowest it has been in years. With so little wiggle room, Quartironi said she was concerned about the Beacon district’s ability to maintain its present level of services while still paying more in salaries, health insurance and retirement — staffing expenses that make up the bulk of the budget.

To cut costs, the district reduced the percentage it contributes to staff and teacher health insurance and retirement plans. Salary increases are slated for between 1 and 1.5 percent.

“The focus for us is always about what’s best for the students, so there’s not a lot of leeway,” Quartironi said. “The tax cap affects our negotiations with unions so that we can’t negotiate [higher] salary increases. It makes it difficult across the board.”

The budgeting process in Beacon was helped this year by the retirement of seven teachers, as well as increased state aid. While the teachers will be replaced, new instructors will likely earn less than teachers with years of experience, Quartironi said.

As for government aid, the district’s recent upgrade to “good standing” status meant it will no longer be eligible for a $50,000 grant available to what the state calls “focus” districts or a $50,000 federal grant for school improvement. The state legislature, however, increased its overall aid to the Beacon district by 2.5 percent — about $650,000 — over last year.

Across New York, state aid for education will increase in 2016-17 to $24.8 billion, the largest it’s ever been and a 6.5 percent increase from a year ago.

Even with increased state aid and the seven retirements, the Beacon school system, and many others statewide, have been forced to dip into their reserves because of the cap. “Sooner or later we’re all going to be out of reserves,” said board Vice President Bill Zopf at the April 4 meeting. “That’s the same as paying more on your mortgage than you can and dipping into your savings account. When your savings account is empty, now you’re in big trouble.”

Last year the district budget included $2.5 million from its fund balance, and the number has been as high as $3.5 million. Earlier this year, a report issued by the state comptroller’s office listed Beacon as “susceptible” to “fiscal stress” due to its low fund balance, a judgment that can affect the credit rating the district receives when borrowing money for capital projects.

“Now, all of the districts are looking at using fund balances,” Quartironi said. “But we want to use that conservatively, because once that’s gone, it is gone.”

Before the public votes on May 17, the  school board will hold a hearing at its May 9 meeting during which members of the public can ask questions about the budget.

On May 17 voters will also fill three seats on the board — those currently held by President Melissa Thompson, who is not running for re-election, and incumbents Christine Galbo and Tracy Everett, who have not stated publicly whether they are running. To date, the declared candidates are Meredith Heuer, chairperson of the Beacon Arts & Education Foundation; Michael Rutkoske, a capital asset program manager for Entergy Corporation; and Antony Tseng, an environmental engineer with the U.S. Environmental Protection Agency.

In addition to the district budget, voters will decide whether to approve a separate $385,000 transportation proposition. If passed, it will allow the school system to purchase three 72-passenger buses and a 20-passenger van.