Ali Muhammad was accused of “disloyalty” after endorsements

Muhammad has been at odds with the county and Beacon Democratic committees for endorsing non-Democrats such as Republican Mark Molinaro for Dutchess County Executive and the Independence Party’s Randy Casale for Beacon mayor. The endorsements have resulted in two hearings for “disloyalty” over the past year.

“I’ve been a Democrat my entire life and will always be a Democrat because that’s where my progressive views and my heart will always be,” said Muhammad. “I represent the people, not the establishment and if doing what is right for my constituents is considered disloyal, then so be it.”

Although cross-endorsements are not unusual, Democrats who do so in Dutchess County are asked to temporarily leave the committees until the elections are over. (Dutchess County Republican Committee members may not donate to candidates outside the party but are free to endorse anyone.) Pam Wetherbee, the chair of the Beacon Democratic Committee and member of the City Council, told The Current in March that Muhammad was asked to resign from the Beacon committee if he wished to endorse Casale, but Muhammad declined. 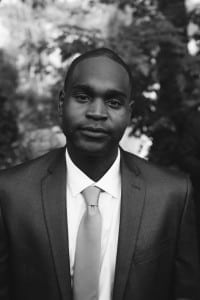 The resignation does not affect Muhammad’s status as a member of the Beacon City Council or preclude him for running as a Democrat in future elections.

“The party bosses made it clear from their kangaroo court proceedings of my so-called disloyalty and to their endorsement of Hillary Clinton over Bernie Sanders that they’ve lost touch with the rank-and-file Democrats of the Hudson Valley,” Muhammad said. “Unfortunately the party establishment ceased to represent the true grassroots of our community, the grassroots that I belong to, that I represent and it’s the democratic movement that I’m loyal to.”

Elisa Sumner, chair of the DCDC, said she was surprised by Muhammad’s resignation, which she said she learned about from a statement Muhammad released to the press. She took issue with his assertion that the DCDC endorsed Clinton over Sanders. “Our committee never endorsed a presidential candidate,” she said.

She also noted that late last week, Muhammad registered with the New York State Board of Elections to challenge Democrat Frank Skartados in the fall for his New York State Assembly seat representing the 104th district, which includes Beacon and Newburgh, then stretches along the west side of the river into Ulster County. According to state records, two committees were registered on May 6, one by Muhammad and a second by Friends of Ali, attributed to Cullen Lyons.

“So he sets up these new committees on Friday, and then on Monday sends out a statement attacking the committee, attacking me and resigning,” said Sumner. “I don’t think the timing is coincidental.” She contends Muhammad is using the resignation to position himself in a race against Skartados as the anti-establishment candidate.