Vote on board and budget is May 17

When Haldane Central School District voters go to the polls on Tuesday, May 17, the election of three school board trustees will be a fait accompli with three candidates running to fill three seats. However, the budget referendum, an annual requirement under state law, is seldom if ever a done deal. In the past votes on Haldane spending plans have run the gamut from easy passage to occasional defeat to approval by a single vote.

This time around voters will consider proposed spending for 2016-17 that totals just over $23 million. That translates to a tax levy increase of 0.73 percent, an amount within a state-imposed tax cap. A separate proposition will ask voters to approve up to $220,000 for student transportation vehicles.

The polls will be open from 7 a.m. to 9 p.m. at Room 105 of the Haldane Middle School. The Haldane Central School District has 3,832 registered voters.

The three candidates, Jennifer Daly, Peggy Clements and Laura Hammond, face no opposition as they return to office but they will have no shortage of issues to address, from education and infrastructure to safety and community relations. The Current spoke with all three about their experiences on the board to date and their post-election expectations. Daly, the current board president, was elected in 2013 and Clements in 2015. Hammond was appointed to serve the remainder of Peter Henderson’s term after he resigned last fall.

Many of the challenges the board faces are “not very sexy,” Daly said. Among them are aging infrastructure as well as safety concerns associated with parking and traffic at student drop-off areas — the latter a concern raised by residents to the Cold Spring Village Board. The high school will welcome a new principal in the fall and Daly said helping a new hire integrate quickly into the Haldane community will be a priority. 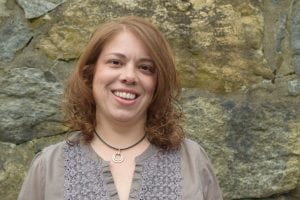 Hammond agreed that infrastructure will be an important focus. “Facility projects are often pushed aside but there comes a point where they must be addressed,” she said. Clements added that communicating with the community about changing educational opportunities offered to students also has to be front and center.

In terms of their personal interests, relative newcomers Clements and Hammond spoke in broad terms while Daly, who is second only to Trustee Evan Schwartz in seniority, zeroed in on specific projects. Clements said she wants to “help all students reach their learning potential, including those in the middle,” while Hammond commented she would like to see the talented community outside the campus become more involved with enhancing education at the school.

“I really want to see how the before- and afterschool child care will affect our families, “Daly said, referring to a program to be run by Philipstown Recreation next year. “I’m also very interested in the development of St. Basil Academy as an alternative high school in the fall.” Daly said that eight to 10 Haldane students are expected to attend the satellite school, which will be overseen by the Haldane administration.

On the state’s role

As far as Daly is concerned there is “a long list” of areas in which New York State’s role in education could be improved, including the tax cap, which she described as “random” in terms of how it is imposed on districts. She was also critical of standardized state testing. “They need to get their act together,” she said. “It [testing[ keeps changing. It costs us money and causes stress in the community.” She feels that the district needs to advocate strongly for increased foundation aid, which has been stagnant for years.

For Hammond, unfunded mandates are the big culprit. “All unfunded mandates [from the state] are unfair,” she said. “What may seem like a small requirement often adds up to a significant amount of time and/or money.” 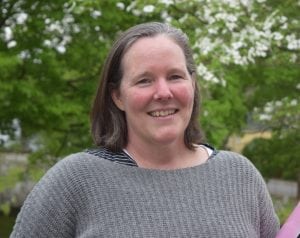 Clements said she wants to see teachers and administrators get the professional development they need to adapt to the changing standards.

In recent years, both nationally and closer to home, concern has increased over the need for improved performance in math, science and English to prepare students for college and 21st-century jobs. Addressing that need is a major goal of Haldane’s recently adopted strategic plan. Locally, however, some who feel that arts education is not emphasized enough have voiced concern. The three trustees were asked to comment on the arts as part of the educational mix at Haldane.

“Arts should be a core subject — it’s not an extra curricular,” Daly said. “It’s challenging in a small school, but we have an athletic director — why not a fine arts director?” She pointed out that project-based learning is now strongly emphasized in education, and “everything you do in the arts is project-based.”

Hammond added: “I believe we are doing the best that we can with our current resources to offer a wide variety of program options. It’s important to recognize the strong community support [that is] helping arts programs flourish at Haldane.”

Clements also feels Haldane has a solid arts program. “Students have opportunities to participate in as many artistic endeavors as they want to,” she said. “The community and the district place a high value on arts education.”

With only five months experience as a trustee, Hammond said she has not experienced any surprises, whereas Daly commented that she has been “pleasantly surprised just how integrated our community is with the school — how people give their time to volunteer.” For Clements, “being on the board is more complex than I expected it to be.” She used the word “stunning” to describe the amount of work and responsibility taken on by Haldane’s administrative staff. 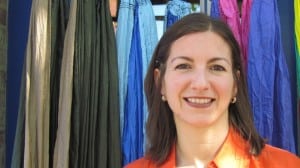 Asked how she might improve her performance as a trustee, Daly commented, “I need to improve my ability to anticipate … to pre-empt situations before they become a problem,” adding that it’s a skill that comes with time and experience. “I feel I’m getting better at it.”

Curriculum is the key for Hammond. “I need to learn more about curriculum and how the path flows from K through 12.”

Improved performance involves fiscal and community issues for Clements. “I’ve learned a lot about the district’s financial operation, but I’d like to learn more,” she said. Getting to know the community better is also a priority. “While my family has lived here for almost 15 years, I know fewer people in the community than my colleagues do,” she said, indicating that commuting to Manhattan during much of that period has made community involvement a challenge. “I’m telecommuting now and thinking about ways to get out and about more.”