Gwendolyn and William Stevens of Wappingers Falls, who founded the Howland Chamber Music Circle in Beacon in 1993, will retire after this season, the group announced.

Gwendolyn Stevens has served as music director and William Stevens as concert manager for the group. She also was for many years a private teacher of piano, and he had a long career with IBM. 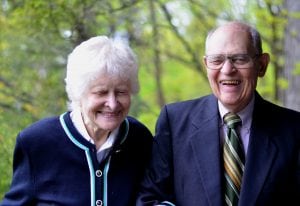 The couple had already begun arranging house concerts when they happened upon an exhibit at the Howland Cultural Center.

“She was struck by the whole idea that this would be a great space for having chamber music,” said Ed Loizides, president of the group. “Bill complemented her in organizing all the mechanics behind it.” The first concert was held in the fall of 1993.

The couple will be recognized at the final concert of the season, by the Brentano String Quartet, at 4 p.m. on Sunday, May 22.