Farming is moving closer to center stage in Putnam County, at least in the minds of policy makers. Officials released a report a few weeks ago on the status and prospects for farming, calling for a greater emphasis on farming as an economic engine for the county. But it will be some time before a significant increase in local food production can be realized given the present relatively small number and size of farms. Still, enthusiasm for the farming idea flows throughout the Keep Putnam Farming report by the Putnam Agricultural and Farmland Protection Board, (PAFPB) a volunteer advisory group to the county government.

The release of the report follows County Executive MaryEllen Odell’s state of the county speech in March wherein she cited farming as a growth opportunity to be explored in her declared “year of business development.”

Glynwood, the Cold Spring-based nonprofit farm organization that serves as an incubator and training group for farming in the Hudson Valley region, advised and assisted PAFPB throughout a two-year process of meeting with and surveying the Putnam farm community. 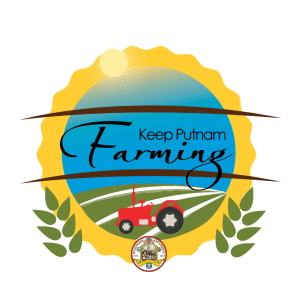 “Through the efforts of this initiative we have identified active farms in Putnam County so that we can work on strengthening the economic viability of our farms by enhancing the awareness of all our local agricultural products and services for all our residents,” said Lauri Taylor, district manager for Putnam Soil and Water Conservation. Taylor provided technical assistance for the study and will direct initiatives arising from the report.

The study, the first of its kind in the county, surveyed in depth 38 farms and makes several observations on the state of Putnam farming including:

Almost one-third of the farmers who responded indicated they have been in Putnam County for 10 years or less. Most are farmers growing food products and looking to build their business and take advantage of the increased demand for local products;

The survey resulted in several recommendations for future work toward expanding farming, particularly food farming in Putnam. Among them:

A larger, more detailed study would be needed to determine the full extent of farming in Putnam, Taylor said. She placed the possible number of working farms as defined by the state (at least 7 acres and a minimum income of $10,000) at about 70.

While acknowledging that the county farming community is modest in size, individuals involved in the study effort told The Current that the gathering of the information and bringing farmers together represents a significant step in beginning to realize the potential present in the county.

“The nature of agriculture in the county is changing. It used to be limited to horse farms … (but) there is more food production than people realize. The purpose of the report is to reveal that aspect,” said Sara Grady, VP for programs at Glynwood. 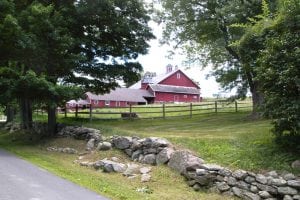 Grady explained that farming is not well understood in Putnam because it is generally not as visible as it would be in a traditional farming community such as  those in western New York state. But she said that Putnam was following a national trend toward increased food farming in areas not historically known for it.

Even if relatively small in size, farming can have real economic benefits, according to Grady, given that farmers keep money flowing locally by their employment of workers and the purchase of local good and services. The report does underscore that Putnam farmers could use better access to feed supplies and processing services to help grow their enterprises.

The release of the report is seen as the  first step toward creating a context for more robust farming activity in Putnam. Both Taylor and Grady believe maintaining and growing the farmers’ network with periodic meetings and better communications is a key to future success.

The county executive has suggested the county-owned Tilly Foster Farm could be a place where training and other services could be provided, but while discussions are underway about possibilities, they will depend on available resources. Taylor said having information about farms and available products for Tilly Foster visitors would be helpful.

Grady underscored that with farming now on the radar of planners and policy makers, it will be part of the conversation as the county moves forward and that alone is a milestone event.