Was checking video when figure appeared

The Rev. Tim Greco, pastor of the Cold Spring Church on the Hill and a reporter for the Putnam County News & Recorder, did not expect to see anyone but his dogs at his Garrison home when he remotely checked his video surveillance system on June 9. So he was surprised when the footage showed a woman wandering around the home on Avery Road that he owns with his wife, Beth, director and vice president of the Walter Hoving Home. Greco indicated online that the intruder apparently spent about an hour inside the house. 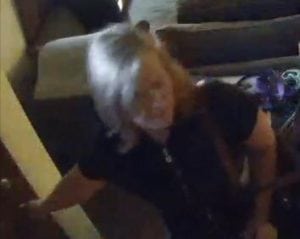 An image captured by the video surveillance system and posted online.

Greco contacted the Putnam County Sheriff’s Office and also posted a still image of the woman online. Police say a Brewster resident saw the photo  and confronted Berit O. Okay, 52, who surrendered to police on June 10. She allegedly entered through an unlocked door and stole six rings and an iPad from an upstairs bedroom. Investigators said the jewelry and electronics were returned. 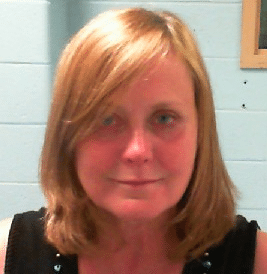 Okay was charged with burglary in the second degree, a class C felony, and criminal possession of stolen property in the fourth degree, a class E felony. She was arraigned before Putnam Valley Town Justice Louis DiCarlo, sitting on behalf of the Philipstown Justice Court, and sent to the Putnam County Correctional Facility, where she remained as of June 14 in lieu of $20,000 cash bail or bail bond. She is scheduled to appear in Philipstown Justice Court on July 13 to answer the charges.