Concert at Paramount to benefit Clearwater

In 2014, Ladysmith Black Mambazo, the South African a cappella group made famous from its work on Paul Simon’s Graceland, was awarded its fourth Grammy for the album Singing for Peace Around The World. The group has recorded with Stevie Wonder, Dolly Parton, Josh Groban, Natalie Merchant, Sarah McLachlan and many world music and African performers. 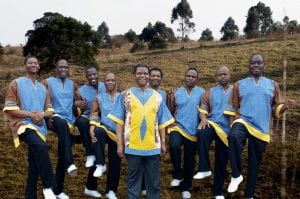