Putnam County lawmakers are considering changing the job requirements for the head of the Department of Planning, Development and Public Transportation — a position vacant since 2013 — in order to appoint an attorney who now serves as interim chief.

The person recommended for the commissioner job is Sandra Fusco, who has  worked in the Putnam County Law Department since 2011 but for the past six months has been leading the planning department on a temporary basis.

The changes to the job requirements would include striking out the requirement that a candidate have “eight years of practical experience in regional, county or municipal planning” and four years of supervision of personnel planners. 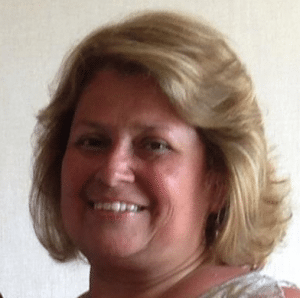 “I was really surprised to see this and disappointed at the same time that we would be downgrading the credentials for this position,” she said.

LoBue explained that in 2010, a charter review commission made up of members of the administration, legislature and public worked on drafting the requirements for the position.

“Everyone was in agreement that we needed higher standards, more credentials  — not less,” she said. “To me this is downgrading the professionalism of Putnam County government … This position is pivotal in terms of the future of the county.”

In Dutchess County, LoBue noted, the same position requires a master’s degree in planning or a related field and eight years of technical planning experience in community, regional or municipal planning, including four years in an administrative or supervisory capacity.

Ginny Nacerino (R-Patterson) countered that should the county name Fusco as commissioner, it would not be “downgrading” the position because Fusco has a doctorate in law.

“The person we are recommending is an attorney, so I think that speaks for itself,” she said. “It’s different, but I think it’s not un-parallel … She’s very astute, she’s very diligent, she’s very knowledgeable, so I think it’s already been demonstrated whether or not she’s qualified to be at the helm.”

LoBue responded that the county should not be comparing a law degree to a planning degree.

“We are going to be the only county that does not requires a master’s in planning and urban development,” she said. “And also work experience; working in the field, working in management of municipalities, overseeing zoning and federal and state regulations for transit systems. You can’t even compare the two.”

Legislator Roger Gross (R-Southeast) said he is concerned the position is being “diluted” to fit a specific individual.

“The word ‘planner’ has been scratched out, in terms of professional personnel,” he said. “Basically the whole planning piece of the requirement has been scratched out, and this is a planner. I’m sure it was tailored for the individual, is what comes to me. Maybe the lady is great, I don’t know her at all, but it seems that for commissioner of planning you should have some sort of planning background.”

Carl Albano (R-Carmel) said he was confident of the candidate’s background, regardless of the written job requirements.

“When we create rules and a template to go by, that’s for when you pull somebody off the street and you don’t know how they’re going to perform,” he said. “Here you have someone who has proven herself … You see people every day who don’t necessarily meet all the requirements who can do an outstanding job. And in this case I think we have somebody here that would fit the bill.”

“Many of our job specs are so narrowly scoped that they preclude a lot of very qualified and capable people,” he said. “The fact of the matter is that with this job — and you pointed to urban planning — there are no urban areas in Putnam County, and so an urban planning degree is not a useful degree.

“Fortunately — or unfortunately, depending on how you look at it in this county — the plans that are required in this county are so obvious because there has been no infrastructure growth in the last 20 years in this county that tie in with the commercial corridors in this county. Most of the things that go through that department are legal in nature.”

As an example, Walker referred to development of the Putnam Trailway bicycle/walking path, which he said is mostly contractual, as a project that hasn’t required a planner.

“These contracts, when you look through them, they’re 50 and 60 pages long,” said Walker. “You need a lawyer to be able to read through them. And an urban planner doesn’t have the skillset.”

LoBue countered that the county absolutely needs a planner, citing what she sees as poor management of recent projects. “We don’t need a lawyer — we need someone that understand planning,” she said.

“I don’t think we have to be like other counties,” said Barbara Scuccimarra (R-Philipstown). “We’re a small county; we’re built out.”

The matter will now be addressed by the Personnel Committee.

7 thoughts on “County May Change Job Criteria to Fit Candidate”