It can be deceiving to view the past through the lens of nostalgia. But nostalgia isn’t major league baseball’s  problem. A decades-long decline in the nature of America’s pastime is.

Curt Flood, an outfielder with the 1969 St. Louis Cardinals, bears some responsibility. His refusal to be traded eventually led to players winning free agency.  True, up until then players were basically enslaved by owners and deserved a better deal. But free agency grossly inflated wages. Flood wanted to be paid $100,000 a year. Today, the Miami Marlins’ Giancarlo Stanton’s contract is worth $325 million. 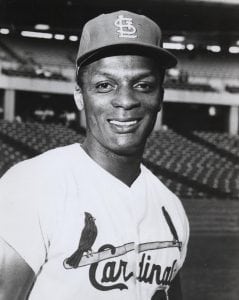 Big wages in turn made fans slaves to equally inflated ticket prices. Premium seats at Yankee Stadium now go for more than $600. The cheapest ticket at Fenway Park averages $48. Is any game worth $600? The better question may be what percentage of the public can afford it? One percent comes to mind.

Free agency also put an end to a kid’s ability to grow up cheering for a group of players who only moved on due to age or a trade. Players come and go now like commuters on Metro-North. The Derek Jeters of the game who stay with one team for their entire career are now few and far between.

In 1973 the American League introduced the designated hitter. With it came an obsession with the home run as baseball’s ultimate moment. Gone were small ball, the bunt, the hit-and-run, the double steal and the manager’s need to strategize. Should I keep my pitcher in the game — or go with a pinch hitter? The National League may now be considering the designated hitter. The downward spiral continues.

The “home-run derby,” now a fixture at the annual All-Star game, underlines the addiction for seeing a baseball fly over a fence. The “how far can you hit a ball that is lobbed at you” derby is tedious. A contest highlighting more skills would be much more compelling. Outfielders nailing the throw to home plate? Pitchers in an accuracy duel? The quickest players vying for the fastest time running the bases? And, yes, an abbreviated home-run derby.

Interleague play was introduced in 1997 and with it vanished a mystique that used to hang in the baseball air all season long. Which league is stronger? Could my Tigers beat the Cardinals? Questions only partially answered once a year at the World Series. Once rare clashes between the two leagues have become mundane.

There is no turning back the clock to the days when one team emerged to win the pennant based solely on their regular season record. No team ever won the pennant by accident then, an accomplishment that was nearly as exciting as the Series itself. Playoffs were introduced in 1969 and are arguably very good for baseball, if not overdone. Some fans argue it already is. If more and more teams make the playoffs, making the World Series means less and less.

The idea of a team uniform is that it be — well — uniform. That is not the case in baseball today. Some players wear pants that go to their knees, proudly displaying their team socks. Others with less baseball fashion sense wear their pants down to their heels for a look that bears a remarkable resemblance to pajama bottoms. Research shows that while one of the Chicago teams is the White Sox and Boston has the Red Sox, no team in baseball history has been named the Pajama Bottoms. It’s time to put the socks back in the game. Uniformly. 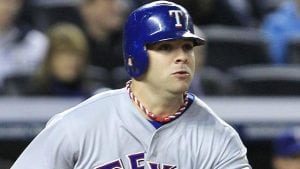 Many Major League players at one time wore Phiten necklaces, which are supposedly ”permeated with aqua titanium to help energy flow” (MLB photo)

Even more egregious is the wearing of jewelry on the field. Necklaces have no place as part of a baseball uniform. The game would be well served if a player’s player — Mike Trout perhaps — would refuse to bat if the pitcher is wearing a necklace. Angels’ manager Mike Scioscia could then come out of the dugout to support Trout and protest the game, arguing that the necklace distracts the batter. Many of the solid-gold necklaces are quite flashy. Alternatively, if MLB really believes uniforms ought to be uniform it could require all baseball players to wear a necklace, though earrings would be less offensive.

To err is human

MLB ought to do away with the video review of close calls. Part of baseball’s beauty and charm is the slowness of the game, but it does not need to be any slower. More importantly, the game is played by humans, watched by humans and officiated by humans, all of whom make mistakes. The best hitters are wrong more than six times out of ten. With the rare exception of a perfect game, every pitcher makes several mistakes in every game. And umpires sometimes get it wrong (though not often). Leave it at that. Bad calls give fans something to argue about, sometimes for decades.

Also worthy of being discarded are the “impromptu” celebrations that occur regularly at home plate after a game-winning hit in the bottom of the ninth. It has become expected that the hero of the moment is swarmed by his teammates as together they enjoy a touching group hug while jumping up and down like a bunch of 12-year-olds. And why? Because the team is now only 19 games out of first place.

Equally lame is the “spontaneous” drowning of the game’s hero under a bucket of ice-cold Gatorade that also drenches an unlucky reporter. Spontaneity is great. Contrived celebrations, probably promoted if not required by MLB, are an annoyance. 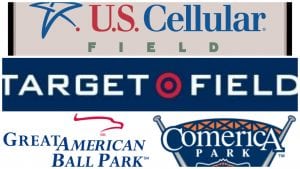 This ball park brought to you by…

Through it all baseball remains a great game. If not at Citi Field at least at Dutchess Stadium or in Williamsport, Penn.