Mary Gioia, 95, of Marlboro, died on July 11, 2016. Born in San Michele, Italy, on March 7, 1921, she was the daughter of produce farmers Giulia and Leo Spinnelli. At 17, Mary emigrated to the Bronx with her family and worked as a dressmaker in Manhattan’s Garment district, where she met her husband, the late Carlo Joseph Gioia. 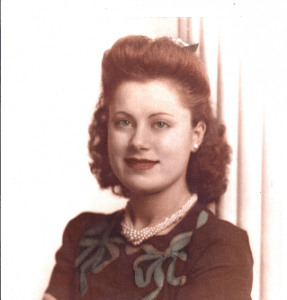 Mary devoted most of her life to being a homemaker. She was an extremely strong-willed lady who always spoke her mind. We will always remember her offering words of wisdom and forever exclaiming that spending extra time cleaning house will keep you healthy, off the street and out of trouble.

Survivors include sons Leo Gioia of Wappingers Falls and Thomas Gioia of Winter Garden, Fla.; a sister, Jenny Guercio, and several nieces and nephews. She is also survived by three grandchildren: Jonathan Anthony Gioia and Vincent Carlo Gioia of Newburgh and Daniella Marie Gioia of Jersey Heights, N.J. Arrangements were by Libby Funeral Home in Beacon.

Melissa was employed at the FDR Campus of the VA Medical Center in Montrose. Survivors include sons T. Steven Petrocine and his wife Patricia of Wappingers Falls and Jason Petrocine and his wife Dawn of Beacon; her sister, Beth Ann Lewis of Beacon; two brothers, James J. Lewis and his wife Laurie of Highland Falls and Timothy J. Lewis of Beacon; four grandchildren, Erick, Elijah, Madeleine and Zekiel Petrocine; nieces and nephews Michael B. Carter, Christopher J. Lewis, Nicole Blasingame, Jacob Lewis and Brooke Brylowski, as well as many great nieces and nephews.

A funeral service was held on July 18 at Libby Funeral Home in Beacon.

A Beacon High School graduate, John was a security officer with the Indian Point Power Plant and a U.S. Army veteran who served two tours in Vietnam.

Survivors include a brother, Andrew Whitson of Florida; a sister, Nancy Handley (husband Albert) of Hartford, N.Y.; close friends Dominic and Maribel Virtuoso of Beacon, a goddaughter, Clarissa Virtuoso; and his sister-in-law, Georgia Whitson, as well as many nieces and nephews.

A graveside service with military honors was held on July 16 at Fairview Cemetery in Beacon. In lieu of flowers, memorial contributions may be made to the Animal Rescue Foundation, 54 Simmons Lane, Beacon, NY 12508. Arrangements were by the Libby Funeral Home of Beacon.