Jessica Love departing for another role

Julia Coffey will join the Hudson Valley Shakespeare Festival company on Sunday, July 31, to take over the roles of Rosalind in As You Like It and Mariana and Mistress Overdone in Measure for Measure.

Coffey will replace Jessica Love, who on Aug. 1 will take a role in the world premiere of Aubergine by Julio Cho at Playwrights Horizons in New York City. 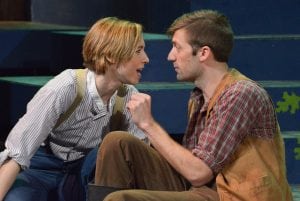 Though this will be Coffey’s debut with HVSF, it is her third production of As You Like It, following those in Santa Cruz and Baltimore. Most recently, Coffey appeared as Hedda in Studio Theatre’s production of Hedda Gabler. She was nominated for a Drama Desk Award for her performance in the Mint Theater Company production of London Wall, directed by Davis McCallum, HVSF’s artistic director.

As You Like It and Measure for Measure are running in repertory with Macbeth through Aug. 28. For tickets, visit hvshakespeare.org or call 845-265-9575.