The initiative stalled last week when Garrison resident and former Fox News CEO Roger Ailes and his wife Elizabeth withdrew their pledge of $500,000 toward construction of the center. The Ailes’ decision came after the Putnam County Legislature tabled an agreement that would have had ACI, a non-profit the Ailes established, oversee the building of the proposed 6,000-square-foot center in the Lahey Pavilion in space leased by the county from developer Paul Guillaro.

At the Aug. 9 meeting of the Cold Spring Village Board, Philipstown town board member Bob Flaherty reported that Putnam County Legislator Barbara Scuccimarra had assured him that the project is moving forward. But in a statement at the end of the meeting, Merandy raised several questions about the project. 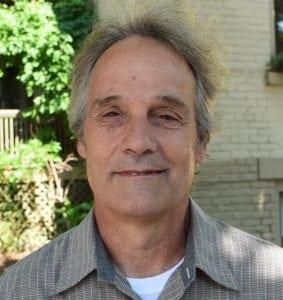 The mayor was critical of the tabled agreement and of the Putnam County Legislature for its lack transparency in drafting it. “A lot of this is a mystery to everyone,” he said. “For people who believe in the open meetings law, there should be some concern. Negotiating doesn’t have to held in public, but I think before terms of an agreement are actually voted on the public should see it. I think they [the legislature] are trying to do a runaround on laws which is a little ironic since they are a legislative board.”

The public was unaware of the terms of the proposed agreement until Journal News columnist David McKay Wilson revealed its contents in an article published just prior to the Aug. 2 meeting of the legislature. At Tuesday’s meeting, Merandy urged residents to write to Putnam County legislators, asking them “to make that agreement public. From what’s been written [in the media], this is a very bad agreement. “

Merandy also questioned the potential cost of the project, which the tabled agreement estimated at $1.5 million. “This agreement could balloon to $4 or $5 million,” he said, without indicating the source of that increased cost estimate. The mayor acknowledged that the project will be paid for by Putnam County but added, “That’s our money. It’s coming from us from our taxes and everyone should really pay close attention to that.”

He called upon local elected officials to hold the county legislature accountable. “It’s our responsibility — the town boards — to put pressure on (the legislature) to show their constituents where that money is going.”

The possible loss of a $250,000 grant from the New York State Dormitory Authority also has to be considered, Merandy said. That funding, which had been supported by State Assemblywoman Sandy Galef and State Senator Sue Serino, has been called into question because the proposed agreement contained no language requiring contractors to pay workers the “prevailing wage.”

Contacted by The Current, legislator Scuccimarra summed up the situation very differently. “It was unfortunate to lose the Ailes’ generous contribution… but I’m hoping [the project] won’t be delayed much,” she said. “We have to re-scope the project a bit but hopefully it will still be right on target.” 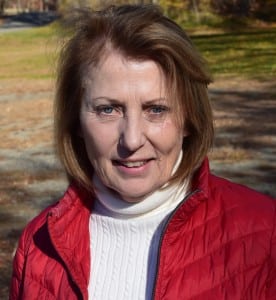 The District 1 legislator took umbrage with Merandy’s comments. “I totally disagree” with the mayor, she said. “The lease agreement is a good one. It’s been discussed for six months at every meeting of the Physical Services Committee,” which are open to the public. “It was discussed ad nauseum,” she said.

Scuccimarra also disputed the mayor’s claim that the cost of the senior citizen center could increase to more than $4 million. “I don’t know where he got that figure,” she said. “With the Ailes’ money the total cost was about $1.5 million.” [Editor’s Note: The figure apparently is a calculation that includes estimated property taxes that would be paid by the county during the 15-year agreement.]

She downplayed any potential loss of Dormitory Authority funding, explaining that with the withdrawal of Ailes’ contribution, which she pointed out was private money, the situation has changed. “Of course we will abide by Wicks Law,” along with paying prevailing wages and other legal requirements of publicly funded projects, she said.