Ali Muhammad will not be on the ballot this fall as a Democratic challenger to Frank Skartados to represent the 104th district in the New York State Assembly.

Muhammad, 28, a member of the Beacon City Council, announced his intention in June to challenge Skartados, who is in his second term in Albany. To qualify, Muhammad needed signatures from at least 500 registered Democrats in the district, which includes Beacon and Newburgh. 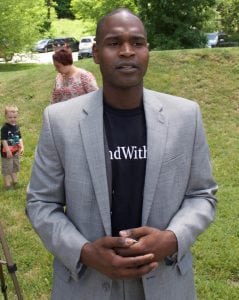 Had Muhammad been successful, his candidacy would have triggered a Democratic primary in September.

According to the state Board of Elections, Muhammad filed a petition on July 12 with 608 signatures. However, a challenge submitted two weeks later prompted a review that ruled 142 signatures invalid, leaving him 34 short. (Signatures are typically disqualified if a voter is not registered with the candidate’s political party or signs a petition using an incorrect address, said John Conklin, a state elections board spokesperson.)

Muhammad, who is in his second term representing Ward 4 on the Beacon council, said that he still has one “Hail Mary” option: if he can collect 1,500 valid signatures by Aug. 23, he will appear on the November ballot as an independent. However, the 1,500 signatures must be from district residents who have not signed another petition for the same office.

In addition to Skartados, who lives in Milton, William Banuchi, a Republican from Newburgh, has filed to run for the 104th seat.