A tale of two communities

Only seven miles separate Beacon and Philipstown. The neighboring municipalities share important characteristics. Many residents from both communities shuffle off to work in New York City via Metro-North. Both boast a variety of eateries and pubs along with robust offerings in the arts and sports. Tourists as well as those looking for a new place to call home are drawn to both. And both share the trolley that shuttles along Route 9D, itself an important link.

But the differences are also many, beginning with geography. Although both lie on the Hudson River, the City of Beacon is smaller, more compact and more densely populated than the bucolic Town of Philipstown, which includes the villages of Cold Spring and Nelsonville and the hamlet of Garrison. Beacon also has a more diverse population. 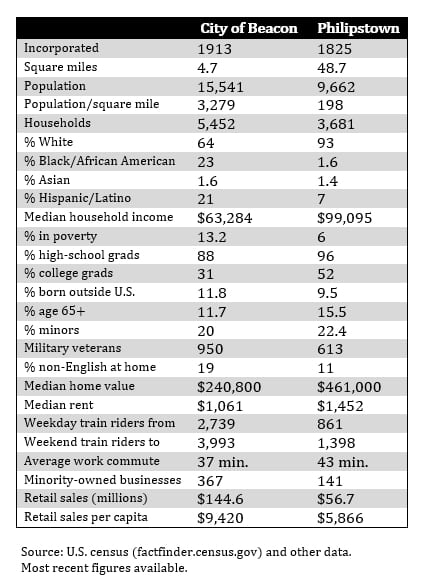 8 thoughts on “Beacon vs. Philipstown”