What’s your name, where are you from and what do you do for a living?
My name is Cristina Pronzati, I’m originally from Italy and have been living in Mahopac Falls for five years after 20 years in the city. I am a visual artist and illustrator and have my own little creative venture called TheSquareHeads, a world of original illustrated characters inspired by my non-profit animal rescue DakodaLove Pet Project, and featured on artisanal goodies, children’s books and gifts. 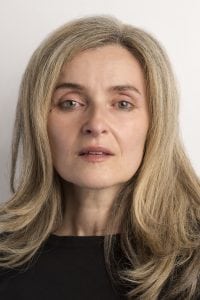 What’s something we should know about your role — either something Thornton Wilder refers to, or something you’ve come up with yourself?
I’m part of the Ensemble and I sing in the Choir; I envision my character as a bohemian woman drawn to the arts, who decided early on she didn’t want to leave her town, and happily made a life there, sacrificing the adventure of the unknown, but still remaining artistic and creative in her community, and she sings for her church’s choir.

What has surprised you most about the workshop/rehearsal process?
How quickly throughout the process everyone seemed to come together and become more and more open to experimenting and creating something magical together. It’s been a blast.

In what way does Our Town resonate with you most?
The spirituality of the play. The recurrent themes of life and loss and time being all pieces of the same puzzle, all one. It’s beautiful to be engaged in the process of manifesting something deeper, something spiritual.

What’s your name, where are you from and what do you do for a living?
Robert Convertino, living in Garrison for 14 years, via Montclair, via New York City. I’m a builder in the Hudson Valley region.

What’s something we should know about your role — either something Thornton Wilder refers to, or something you’ve come up with yourself?
My character in Our Town is the Man in the Auditorium. My interpretation of the role is it serves as a small ”reality check” of sorts for the audience’s view of Grover’s Corners. By this, I mean that it is not the perfect little town. It is more like any other town in that there is disparity, diversity, ranges of income and opportunity, as well as bias. 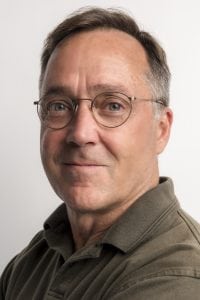 I believe my job is to get you to question your beliefs. Mr. Webb responds to my query of social injustice and industrial inequality: “I guess we’re all hunting like everybody else for a way the diligent and sensible can rise to the top and the lazy and quarrelsome can sink to the bottom…”

The note from Thornton Wilder is that Webb responds (tolerantly). Mr. Webb is the voice of Grover’s Corners. He is the publisher and editor of the local paper. People read what he has to say. Webb strikes me as being guilty of being the judge and jury of who is lazy and who is diligent and attempts to distance himself from the issues.

What has surprised you most about the workshop/rehearsal process?
The most surprising thing to come out of the workshop/rehearsal process would be a focus on the progression of “creating the show” as opposed to “rehearsing the show.” By that, I mean it has been a creative group effort guided by John Christian Plummer and the amazing production crew, as opposed to a strict mandate of required sequences and rules that must be followed. They continually encourage the actors’ input. We have created our Our Town.

In what way does Our Town resonate with you most?
Our Town resonates with me through my daughter Isabella, who recently performed in Our Town elsewhere as Emily. I worked on the set construction for that production and was able to watch her grow into the role as the creative process unfolded. When I saw the notice for HVSF’s production and the use of local talent, I was hooked, hoping to do it with her. Alas, it was not to be, as she will be starting college during tech week. I will be channeling her (and hopefully Mr. Wilder, of course) during the run.