Mazie Martin Whitener Johnson, of Beacon, died at Kingston Hospital on Aug. 19, 2016, two weeks before her 107th birthday, leaving a host of family, friends and admirers.

The centenarian was well known in Dutchess County after a profile in Hudson Valley Magazine and an appearance on “The Today Show.” She was also honored by the City of Beacon, the Dutchess County Legislature and the New York State Senate. 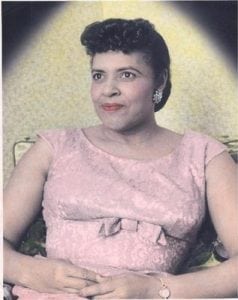 Mazie was born on Sept. 2, 1909, on a farm in Jenkinsville, S.C., one of 16 children of Robert and Dollie Martin. She is survived by a sister, Thelma Martin Feaster, 101, of Hampton, Va. Her sister Gladys Martin Covin, of Beacon, to whom she was particularly close, died in 2014 at age 101 and her sister Bernice Martin Curry, formerly of Beacon, died that same year at age 97. They were descendants of Moses Martin, who was elected to the South Carolina state legislature after the Civil War.

Mazie was an alumna of Allen University in Columbia, S.C., as was her sister Gladys. “The people would all laugh and yell ‘Hey, here come the people from the country,’ ” Johnson told Hudson Valley Magazine in 2013. “But I wasn’t thinking about them; I was there to get an education.” She taught in elementary schools built by philanthropist Julius Rosenwald for black children in the rural South before moving to Beacon in 1936 as a newlywed with her husband, Henry Whitener, who was employed as a chef at the V.A. hospital in Montrose.

Mazie found work as a maid at the Holland Hotel, then at Karteganer’s and SonoTone. After her retirement, she volunteered as a bus monitor for First Student and later as a receptionist at Highland Hospital.

Raised in the A.M.E. church, she and her husband joined St. James African Methodist Episcopal Zion Church in Beacon as soon as they settled on Beekman Street in Beacon. Mazie served for many years as the Sunday School superintendent, chair of the board of Trustees, Deaconess and president of the Missionary Society. 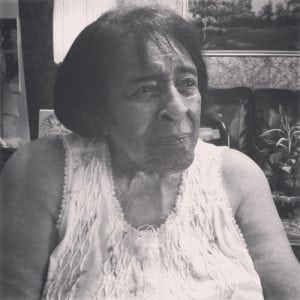 In 1963, Mazie participated in the March on Washington, where she was among those who heard Dr. Martin Luther King give his “I Have a Dream” speech. In the 1950s she was a member of a committee of Beacon and Newburgh residents responsible for the hiring of the first teachers of color in Dutchess and Orange counties. In the 1970s, working with the late Rev. Barbara Baker, she became the first fundraiser for the Southern Dutchess Coalition. Mazie also was active in the NAACP, Les Soeurs Amiables Civic Club, the PTA and the Christian Women’s Club.

After her husband Henry died, she married Julius Johnson, who died in 1976.

Family and friends are invited at 10 a.m. on Thursday, Aug. 25, to the St. James A.M.E. Zion Church at 23 Academy St. in Beacon, with a service to be held at 11 a.m. Interment will follow at Fishkill Rural Cemetery.

Video interview of Mazie and Gladys by Alfredo Bejar

One thought on “Mazie Johnson, Beacon Resident for 80 Years, Dies at 106”