50 short and feature films shown all over county

Six years ago, while on vacation in California, Bob Dumont and his wife, Stacy, who live in Brewster, stumbled upon an independent film festival at Big Sur. It consisted of little more than “a screen hoisted between two trees,” he recalled.

When the couple, both film lovers, returned home, they decided to create their own film festival. So began the VOBFF (the Village of Brewster Film Festival), which over the past five years has grown to become a county-wide event. Last year’s festival attracted 700 people, including many of the filmmakers. 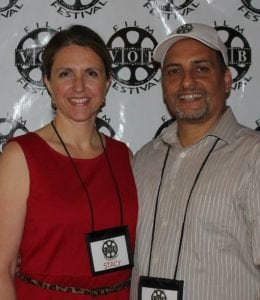 Held this year over Labor Day weekend, the festival will screen about 10 feature films and 40 shorts. It opens (as it did last year) at the Chapel Restoration in Cold Spring on Thursday, Sept. 1, and then travels to Brewster, Southeast and Carmel. “Every year we try to add a location,” says Dumont, who is festival chairman. This year’s newbie is Arts on the Lake in Kent Lakes. “The idea is to show them at great places around the county, nice spots to see films at,” he said.

Wine Tasting on the Hudson at Chapel Restoration, Cold Spring

Dinner and a Movie at Bull & Barrel, Brewster

10 a.m. The Monster in You, Desert Chld, Barker, The Hindu Thread, The Wishgranter, The Lottery, Happy Endings

Screenings at Arts on the Lake, Kent Lakes

Screenings at Studio Around the Corner, Brewster

Screenings at Arts on the Lake, Kent Lakes

12:45 p.m. No Letting Go, “The Film Festival Experience” (panel)
3 p.m. Russian Face, St. Paul, The End of Blessing, Fine Dining, Sound Like Silence, They Will All Die in Space

The festival this year received 150 entries; a panel of 12 judges whittled that down and smaller committees rated the survivors. Those with the highest scores went to the festival board for approval.

The festivities begin at the Chapel Restoration on Sept. 1 with a wine tasting at 7 p.m., followed by a selection of short films. Admission is $20 and includes a bottle of wine to take home. Reservations are recommended. 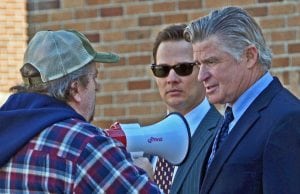 Ryan Merriman (center) and Treat Williams in The Congressman

On Friday, Sept. 2, the festival will host Dinner and a Movie at 6 p.m. at the Bull and Barrel Brew Pub in Brewster with another screening of shorts and the feature, The Congressman, directed by Jared Martin and Robert Mrazek and starring Treat Williams as a disgruntled Maine congressman. The tickets are $50; the event sold out last year.

The morning of Saturday, Sept. 3 is for kids, with a selection of animated and family friendly films from around the world starting at 10 a.m. at Empire Cinemas in Brewster. Tickets are $7 online or at the door (cash only).

A centerpiece of the weekend, the free outdoor Short Film Festival, will begin at 6 p.m. at Ryder Farm in Brewster. Food from the farm will be available for purchase. Check facebook.com/VOBFilmFestival for weather updates. 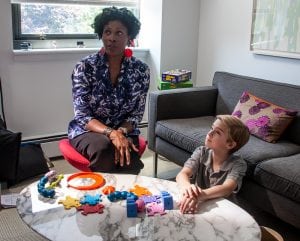 A scene from No Letting Go, which will be shown on Sept. 4 at the festival

On Sunday, Sept. 4, an all-day Flick Fest will take place at Studio Around the Corner in Brewster. Starting at 11:30 a.m., the festival will run back-to-back screenings of a feature film and two shorts. Each session is $7 (plus $2 if booked online); reservations are recommended.

Finally, Arts on the Lake will host a number of events on Sept. 3 and 4. On Saturday from 1 to 4 p.m. several films will be shown followed by a panel discussion on women in film. Admission is $7. On Sunday, the feature No Letting Go will be screened at 12:45 p.m., followed at 3 p.m. by six short films and a panel, “The Film Festival Experience.”

For a schedule of films and panels and to purchase tickets, visit vobfilmfestival.com. The festival is run by volunteers; if you are interested in helping, email Judy Brewster at [email protected] or call 914-469-6611.