Hikers on Mount Beacon and Fishkill Ridge this summer certainly noticed its usually lush and green canopy has been dotted with huge patches of brown. They may have also spotted the six-inch hairy caterpillars raining down from the treetops at a disturbingly high clip.

This summer marked the worst outbreak of invasive gypsy moths in the region in more than 20 years. While the moths themselves are harmless, the caterpillars are voracious eaters of the leaves of more than 300 species of trees and in the past few months have defoliated nearly 20 percent of Mount Beacon’s trees.  The caterpillars destroy, on average, three million forested acres in the U.S. per year.

And yet, in the Hudson Valley, the gypsy moth is typically considered rare, with one egg sac in every 50 acres or so.

The reason for the outbreak? Mice and fungi. 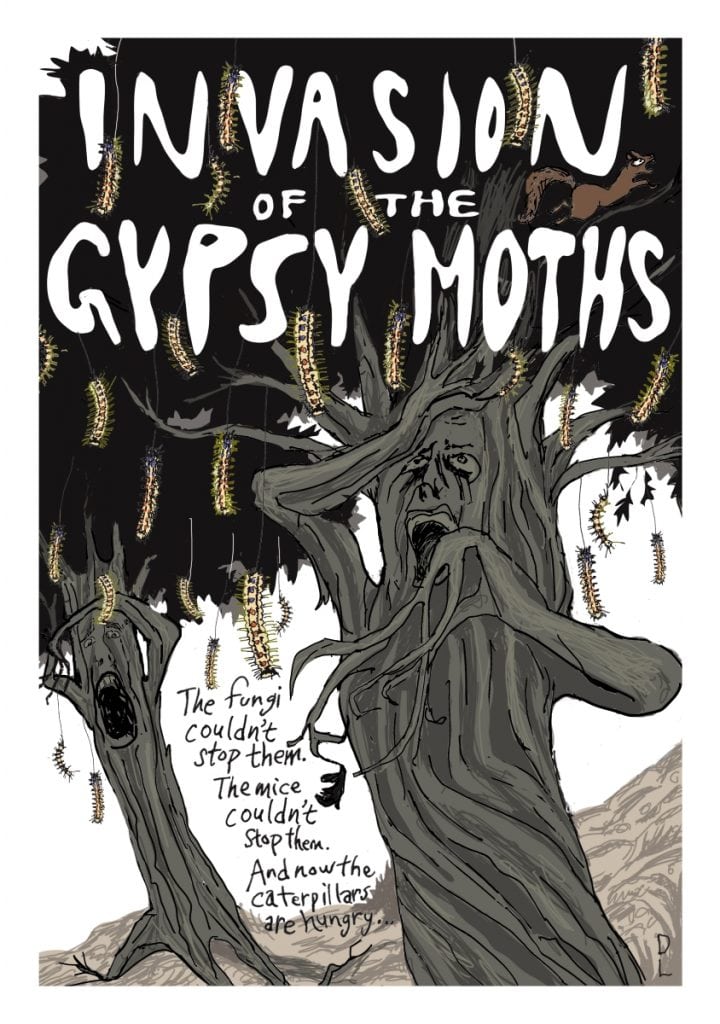 Clive G. Jones, a retired senior scientist and ecologist at the Cary Institute of Ecosystem Studies in Millbrook, has been studying gypsy moths (Lymantria dispar dispar) for 30 years. He spoke at the Howland Public Library on Aug. 23 and gave background about the origins of the moth and the reason its caterpillar has proliferated this year.

Native to Europe and Asia, the gypsy moth first appeared in the U.S. in the 1860s when a French scientist living in Medford, Mass., imported their eggs to determine if the caterpillars could be used in the commercial silk industry. Some escaped, and as is often the case with invasive species who lack natural enemies, the population exploded.

By 1889, Medford was faced with a plague of biblical proportions, with almost every outside surface covered in mounds of writhing caterpillars. At night the townspeople listened as the caterpillars devoured trees and their excrement hit the ground in waves. The population spread throughout the Northeast, arriving in New York state in the 1950s.

Thanks to two predators, the Hudson Highlands has largely escaped Medford’s fate. The native white-footed mouse eats the moths in their pupal stage. But due to the moth’s high reproductive rate, there has to be enough mice to control them. 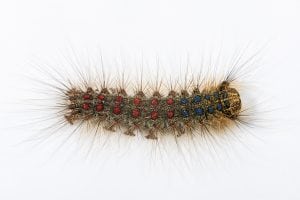 The best way to measure the mouse population, said Jones, is to study the ground in the fall. If there are a lot of acorns, more of the mice will survive the winter to eat more gypsy moth pupae in the following summer. That also means the female mice will begin breeding earlier, “and pack in another generation,” he explained.

“By the time the gypsy moth gets to the pupal stage, in mid- to late-summer, there’s a very large number of mice and they’re a very voracious predator, and they can knock the population right down,” Jones said. “But if the mouse population crashes, that can buy time for the gypsy moth population to rise up and escape the threshold of mouse control.”

Even when the mouse population is too low to control the moths, a second predator, the fungus Entomophaga maimaiga, usually provides backup. A natural enemy of the moths, the fungus was imported in 1910 from the west coast of Japan in an effort to halt their spread. Unfortunately, it didn’t work. The fungus reappeared in New York state in the late 1980s, although Jones said it’s a mystery who released it the second time, or if it was even intentional.

Once the fungus established itself, scores of dead, mummified gypsy moth caterpillars began appearing head down on trees. As the cadavers decompose, the fungi spores spread to other caterpillars and the soil below. Each spring, the spores are stirred by caterpillars walking on the leaf-strewn forest floor, and the cycle of fungal death begins again. 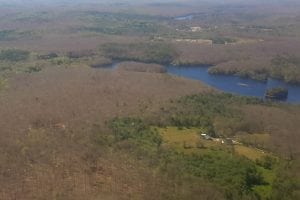 “Our work shows that once you get enough of the fungus in soil, you’re never going to deplete that stock,” said Jones. “You only need a couple of caterpillars to die of the fungus to recharge the spore load.”

The spores, which can rest in the soil for 10 years or more, favor moist, warm conditions. And so the low-acorn count in the fall of 2015, and an unusually cool and dry spring, left both of the moth’s primary predators unable to keep the population under control. As a result, gypsy moth caterpillars were able to feed largely unchecked.

A warm and moist spring in 2017 could turn the situation around, Jones said, by allowing the fungi to recover. But he cautioned that climate change makes it difficult to predict if this year’s dry conditions will be an outlier or the norm. And even if there’s a high acorn count this fall, there are downsides to a flourishing white-footed mouse population, because they carry the spirochete that causes Lyme disease. Either way, “we’re between a rock and a hard place,” Jones said.

How to Protect Your Trees

There are a number of DIY methods to protect trees from gypsy moth caterpillars, says Jones.

A common technique is to wrap 18-inch-wide burlap flaps folded in half around the trees with a string inside the flap to hold it in place. Collect the caterpillars that shelter there during the day and drown them in hot soapy water, then replace the flap. This can be repeated as often as you see caterpillars under the flap.

Jones added some caveats: If the trees (e.g., important ornamentals) are close to many other trees (e.g., suburban forest with overlapping canopies) undergoing a moth outbreak, you may not have much success; larvae will keep coming from other trees. If the caterpillar density is high on the tree, less of them come down to shelter in the day, so the method works best on relatively isolated trees. Even then it can be a lot of work, he said.

“Once upon a time people put a sort of glue or glue tape around the tree to trap caterpillars,” Jones added. “It sort of works but leaves an unsightly mark around the tree that last for a long time. I would not recommend it.”

Another method is to carefully scrape egg masses from the bark. Make a plastic funnel/scraper from a milk jug and attach a plastic bag to one end to collect the masses, then kill them in hot soapy water. “It is easy to do,” Jones says, “but I would not recommend climbing the tree.”

Most healthy deciduous trees can withstand defoliation for at least one year, and often more years, he said, but conifers will die.

“In many cases simply living with the outbreak is the best strategy,” he advised. “They usually do not last more than a couple of years, although they can go longer or collapse faster. From what I know about Beacon, this is the first year at which moth densities got to the point of defoliating trees.”

On a commercial scale, gypsy moth caterpillars are battled by exterminators with Gypchek, which was developed by the U.S. Forest Service and is made of a naturally occurring virus that causes the caterpillars to stop eating and die. Gypcheck is made by grinding up gypsy moth larvae that have been infected with the virus into a fine powder, which the targeted caterpillars then eat. According to the Forest Service, it takes 500 to 1,000 larvae to produce enough powder to treat one acre.