Homicide believed to be first since 2010

A man was shot and killed in Beacon on Aug. 22, marking the first homicide in the city since 2010.

Police Chief Douglas Solomon confirmed on Wednesday that a 25-year-old male was shot once in the torso at the Davies South Terrace apartment complex around 9:30 p.m. He was transported to St. Luke’s Cornwall Hospital in Newburgh, where he was pronounced dead. The victim’s name was not released. Solomon told the Poughkeepsie Journal the victim was not a resident of Beacon but had “ties to the area.” 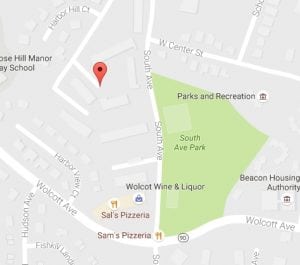 The site of Davies South Terrace in Beacon (Google Maps)

The complex where the shooting took place is located off Davies Avenue in Beacon, between South Avenue and Wolcott Avenue/Route 9D.

“We don’t think this was a random act,” Solomon said. “Whether there’s spin-off from this remains to be seen.”

Solomon told the Poughkeepsie paper that the department was looking into any link between that killing and the death of a 28-year-old Beacon man who was injured by a gunshot the next day (Aug. 23) near Grand and Catherine streets in Newburgh.

Anyone with information on either shooting should call Beacon police at 845-831-4111.

Citing state records and its archives, The Journal reported that the killing was the first fatal shooting in Beacon since 2007. A non-fatal shooting was reported earlier this year and a man was stabbed to death in 2010.