Just how alike are these oft-connected places?

By now, the clichés, as they tend to do, have all gotten pretty … cliché. Brooklyn on the Hudson. The new Brooklyn. Perhaps the best one yet: NoBro. (Has anyone ever actually uttered that word?)

Still, The New York Times has covered it. The realty and tourism industries use it in their advertising. Magazines in the city and the Hudson Valley have written about it too. Even the Boston Globe ran a story. 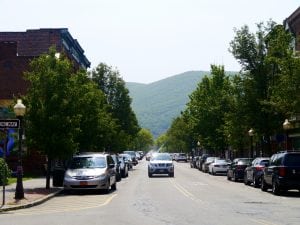 Apparently lots of people from Brooklyn have moved, and are moving, to Beacon. Find any one of the dozens of articles on the phenomenon and you’ll likely read something about Beacon’s artsy culture and relative affordability. It’s a haven, some say, for so-called hipsters priced out of their borough — which, ironically, was once the alternative for folks no longer able to afford living in Manhattan. Beacon has a small-town, almost-in-the-country vibe that gels with a sweet spot on the Metro-North train line and easy access to the city so many have seemingly left behind.

“Eighty percent of my clients are from Brooklyn,” says Jonathan Miller, the principal broker at JonCar Realty on Main Street in Beacon. “Beacon has a ‘Brooklyn vibe’ to it. People like it because it’s diverse here. We actually have people say to us, ‘If you can’t find me Beacon, I don’t want it at all.’ ”

But is Beacon really “Brooklyn on the Hudson”? Is the comparison warranted?

Statistically, the two are entirely dissimilar. Brooklyn is 71 square miles with a population of 2.5 million. Beacon is five square miles and home to 15,000 people. They have Prospect Park; we have Memorial Park.

In Brooklyn, there is (seemingly) a Starbucks on every corner. (A quick check of Starbucks.com actually shows about two dozen in the borough.) In Beacon, no Starbucks.

Digging deeper, many ex-Brooklynites say they came to Beacon for its own attributes, not because the city is a carbon copy of anywhere else. 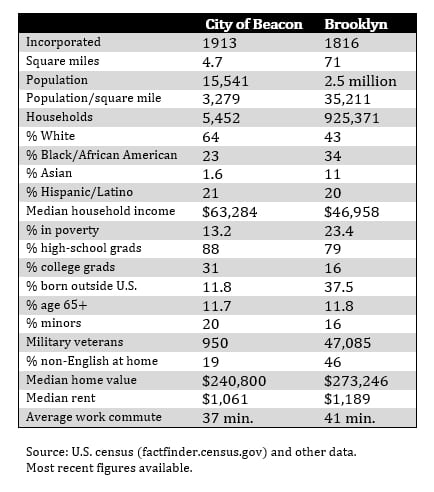 “I’ve never bought into the similarity thing,” says Terry Nelson, who in 2009 moved with his wife, Alison Chi, from Park Slope. “There was a reason why we left Brooklyn — some of it was financial and some of it was quality of life.

“We came here for a housewarming party when we had just begun to explore living outside of the city,” he said. “Beacon spoke to us. We appreciated its diversity because … frankly, I felt that the New York City I grew up in was changing.”

Nelson said he continued to commute into the city but eventually began working from home — he launched the Beacon Independent Film Festival in 2013 — and connected with the local arts community.

“If you want to be involved in the arts in Beacon, it’s easily there for you,” he said. “You can join as an individual. It’s not distant or sprawling. It’s here and you can enjoy it. That wasn’t necessarily the case in Brooklyn.”

Peter Russo has lived in Brooklyn for 10 years but has visited Beacon many times and has friends who have moved here. “What attracts people from Brooklyn to Beacon is not so much the similarities but the differences,” he said.

For those who have made the move north to Dutchess County, Russo said, it’s about a quality of life that may not be as easy to grasp in the city. “It could be the potential to work remotely,” he said. “Perhaps it’s also the promise of a deeper connection to nature or a certain kind of environment in which to raise a family.” 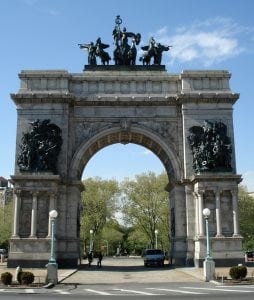 The Soldiers and Sailors Memorial at Prospect Park, Brooklyn (Photo by Jeffrey Gustafson)

Of course, there are similarities. Michael Schein and his wife, Sally, moved with their daughter from Brooklyn last year and immediately felt at home, Schein says.

“When we came to Beacon, we absolutely loved it,” he says. “It was a positive to us that the creative mindset that had attracted us to Brooklyn was happening in Beacon.”

“I liked being around people who are into creative pursuits and quirky things,” he says. “I was a little bit worried that we would lose that, but we found the exact opposite.”

While Brooklyn on the Hudson may be a hasty generalization (and NoBro an abomination of a word), the intent behind the comparison makes some sense. Most would agree that Beacon shares a penchant for independent thought and creativity with its much larger half-cousin to the south. But look just a little below the surface and there’s much more — more than enough to make Beacon uniquely Beacon.

“There are so many things here,” Nelson says. “Beacon really embraces the arts community. It’s the walkable Main Street. It’s being able to see your neighbors. You really can’t go a block or two without seeing someone you know, and I find that comforting. It gives me a feeling of home.

“That’s the big difference about Beacon.”