What’s your name, where are you from and what do you do for a living?

My name is Nathaniel Ramos. I’m from Beacon and I’m going into the sixth grade at Rombout Middle School. I’m a tap dancer and I love doing theater. I’ve been singing since I could talk.

What’s something we should know about your role — either something Thornton Wilder refers to, or something you’ve come up with yourself?
The show Our Town is pretty deep. I play a Baseball Player who teases George right before his wedding. I help provide some comic relief at a really serious part in the show. 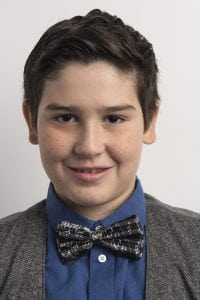 What has surprised you most about the workshop/rehearsal process?

The rehearsal process for this show is like nothing I’ve been a part of before. The director, John Christian Plummer, really wants us all to get to know each other. We did a lot of warm-ups and ice-breaking exercises. I have enjoyed meeting all the different cast members. It’s cool having a show called Our Town filled with regular people from our towns.

In what way does Our Town resonate with you most?
Our Town
tells me that everyone should pay attention. We should try to enjoy and treasure every minute in our lives because it doesn’t last forever. Even though I’m really young, it reminds me to appreciate what I have and to not take what I have for granted.

What is your name, where are you from and what do you do for a living?

My name is Tim Harbolic, I was born and raised in Buchanan. I work in Commercial Operations for A&E Television Networks where I build digital commercial traffic logs for the History Channel.

What is something we should know about your Role?
George is a typical teenage boy who faces some serious life decisions, decisions that we all eventually have to make. Preparing for this role has really caused me to sit and think about all of the times when I stopped whatever I was doing and thought “If I knew then, what know now.” Becoming George has helped me realize that life is about the experience. It is about living and most importantly that, in the end, you have to go with your gut instinct and never look back. 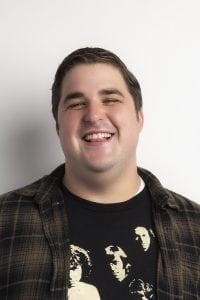 What has surprised you most about the workshop and rehearsal process?

This process has really been quite an experience. From walking around with shoes on our heads during rehearsals to the moments we were trying to jump rope while looking a stranger in the eye during the workshops, it is safe to say that I don’t really know how to explain the things that I am learning. The one thing I do know: it is making me feel a lot more comfortable with myself and strangers on a daily basis.

In what way does Our Town resonate with you the most?
Our Town
is truly a timeless piece. It is timeless because no matter the year, people will read this play and be able to relate. It is about love, life, time, community, change, life and death. The reason this play has touched me is because it explains the layers of walls that we surround ourselves with, in order to feel comfortable. It explains the big meaning of life in a much simpler fashion for all to relate.