After a 10-year absence, the Beacon Department of Recreation has revived its after-school programs at three of the city’s elementary schools for students in kindergarten through the fifth grade. The first of four sessions runs from Monday, Sept. 12, through Nov. 11.

After school is dismissed each day, students will walk to the gym or playground for 30 minutes of supervised, unstructured playtime followed by a snack and two blocks of rotating activities. The day ends at 5:45 p.m.

“Baking has been the most popular class that kids are signing up for so far,” said Assistant Recreation Director Nate Smith. “Not surprising, since the kids are going to get to eat what they make.” 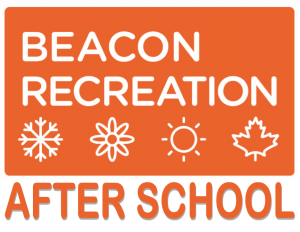 Homework help will also be available from high school tutors. “It works out great for the high school students, since they’re get volunteer hours in and a mentoring experience,” Smith said. “They’re a lot more familiar with Common Core math than any of us probably are.”

Over the year, programming will rotate throughout the schools, and new programs will be introduced. For instance, Terry Nelson, founder of the Beacon Independent Film Festival, will teach a class in which students will make their own public-service announcements.

“We’re trying to utilize businesses and educators in the community,” said Recreation Director Mark Price. “It helps give our programs some local flavor, to make them as deep and as diverse as our community. Hopefully we’ll have this huge group of people we can pick and choose from to keep things varied, interesting, and different.”

Sometimes that means being flexible, as when they learned that instructors from a karate studio and a gymnastics camp couldn’t commit to teaching a full session. “We realized that if we combine a half session of karate with a half session of gymnastics, we can call it Ninja Camp,” said Smith. “Who wouldn’t want to go to Ninja Camp?”

The signup process is also flexible. Students can attend from one to five days a week. A five-day session works out to $600 over 10 weeks, or about $6 an hour. Good luck finding a babysitter for less than that. Sibling discounts are also available. 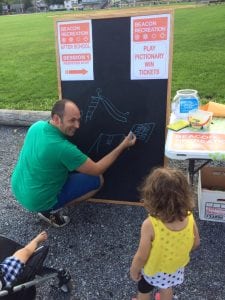 Price said his department can offer payment installments so that the entire cost doesn’t have to be paid up front and would like to work with the local parent-teacher organizations and other community groups to offer tuition assistance.

“We want to make sure that every child who wants to take part in this can, in one form or another,” said Price. “If parents are interested, they should get in touch with us so that we can have a conversation.”

In addition to the after-school program, the Recreation Department has contacted neighboring towns about creating a trail that would lead from the Beacon train station to the Walkway Over the Hudson in Poughkeepsie. New playground equipment is being installed. And the department was recently given a climbing wall and equipment from a climbing co-op in New York City that shut down.

Price said he would like to see a community climbing space at University Settlement Camp, but that there are still a few hurdles. “I hope that we can have a space for hard core climbers and also free climbs for kids,” he said. “Good stuff is coming, because people expect things from their recreation departments and they’re willing to participate and volunteer to make it happen.”

To register for the after-school program, download an application at cityofbeacon.org or call 845-765-2470.