For those who love to overdose on films — the kind you watch on a large screen in the dark with other people, rather than on a palm-sized device — nirvana may be fast approaching when the Beacon Independent Film Festival (BIFF) on Friday, Sept. 16, begins its screening of 30 selections over three days.

“We look for interesting, provocative films which people might not normally have access to,” says Terry Nelson, who organized the festival, now in its fourth year. “Also, we want to make sure that our films are a reflection of the times we are living in.”

This year’s line-up is eclectic, with features, documentaries, shorts and films for and by children, as well as events such as an opening-night celebration at Dogwood and a filmmakers’ breakfast panel at The CineHub. Most screenings take place at University Settlement on Route 9D. 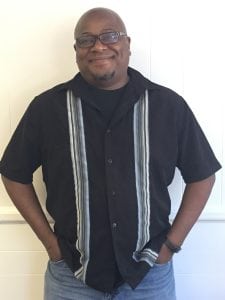 Terry Nelson (Photo by A. Rooney)

Nelson laughed as he described his move seven years ago to Beacon from Brooklyn. He commuted to the city for the first two years, working as a freelance editor and voiceover actor. It was during a drive home that he had a “fleeting thought” about organizing a festival, after having seen footage of the Sundance Festival.

“I thought it would be great to have it in the fall, and that it would highlight a film presence here in the Hudson Valley, putting a stamp on the area,” he recalls. He proposed the idea to the non-profit Beacon Arts and found himself in charge. “It’s a lot of work, but we have a great team,” Nelson says of the volunteers who run the festival.

During the event’s first year, Nelson organized quarterly screenings at Beahive to publicize it. To get recommendations, he relied on industry contacts and a Beacon friend who was a screener for the Tribeca Film Festival. “We did a lot of cold calling,” he says. “I researched how film festivals across the country operated. I also enlisted a friend, Maureen Neary, who has a background as a director of operations, as it was very important for us to get organized, not letting our love of film get in the way” of practical considerations.

Initially the festival had no entry fee because, he says, “we hadn’t earned the right to charge.” The first year it showed 18 films. The next year it accepted 25 entries, then 44. This year organizers dropped the schedule back to 30, most of which have been shown elsewhere on the festival circuit. BIFF also now has an entry fee because Nelson found “it brings us filmmakers who place a value on their work.”

Nelson and his colleague Deana Morenoff pare and pair the selections, matching shorts with features. “Every year we seem to get an abundance of a particular subject,” Nelson says. “This year there were a lot of films about death, along with dark comedies, which surprised us.” Documentaries are the most common submissions. “It’s harder to find really strong narratives,” Nelson says. “That may be because in terms of budget the documentary form is easier, with no script.”

After its opening night, BIFF continues on Saturday, Sept. 17, with a breakfast panel at The Cinehub, followed by screenings all day at University Settlement and Fright Night at Cinehub. Sunday is Community Day, with free kids’ programming in the morning, including a showcase of films made in a children’s workshop in partnership with Spark Media Project.

“Seeing the kids watch their work on a big screen is just a wonderful experience” says Nelson, adding that BIFF in January will join the after-school program run by the City of Beacon. As further enticement for parents to bring their children to the festival, there will be lawn games and running-around space and food, and the Wee Care Community Project will host a kids’ tent. Films for adults are shown later in the day.

Nelson said one of his favorite films being shown on Saturday is The Bad Kids. “It’s about a high school in the Mojave Desert where the teachers and administrators take alternative means in getting kid to buy into coming to school and graduating — even as far as going to their homes and picking them up,” he says. “After the screening we’ll have a panel dealing with at-risk youth and how the arts can help them improve their lives.”

Nelson also recommends Kate Plays Christine, in which the filmmaker Robert Greene, a former Beacon resident whom Nelson describes as a “maestro at blurring the lines between fiction and reality” (his 2014 film, Actress, chronicled his then-neighbor, Brandy Burre), investigates and reconstructs the story of newscaster Christine Chubbuck, who in 1974 killed herself while on the air. 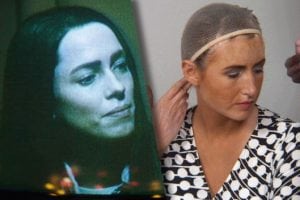 Festival tickets are $12 for each of the 10 blocks of films, or $35 for a three-day pass ($10 for anyone who holds a NYS Benefits Card). Seniors and students receive a 10 percent discount. Nelson recommends buying tickets in advance at beaconindiefilmfest.org, as some screenings typically sell out. The festival is funded by entry fees, ticket sales, sponsorships and grants, including substantial support from Arts Mid-Hudson.

For film descriptions, see the festival website. Unless indicated, all films will be shown at University Settlement, 724 Wolcott Ave.

Under A Stone (23 min)
Disassociationville (90 min) 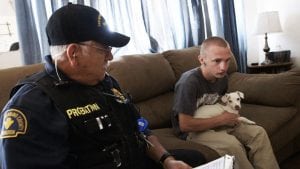 A scene from ”The Bad Kids”